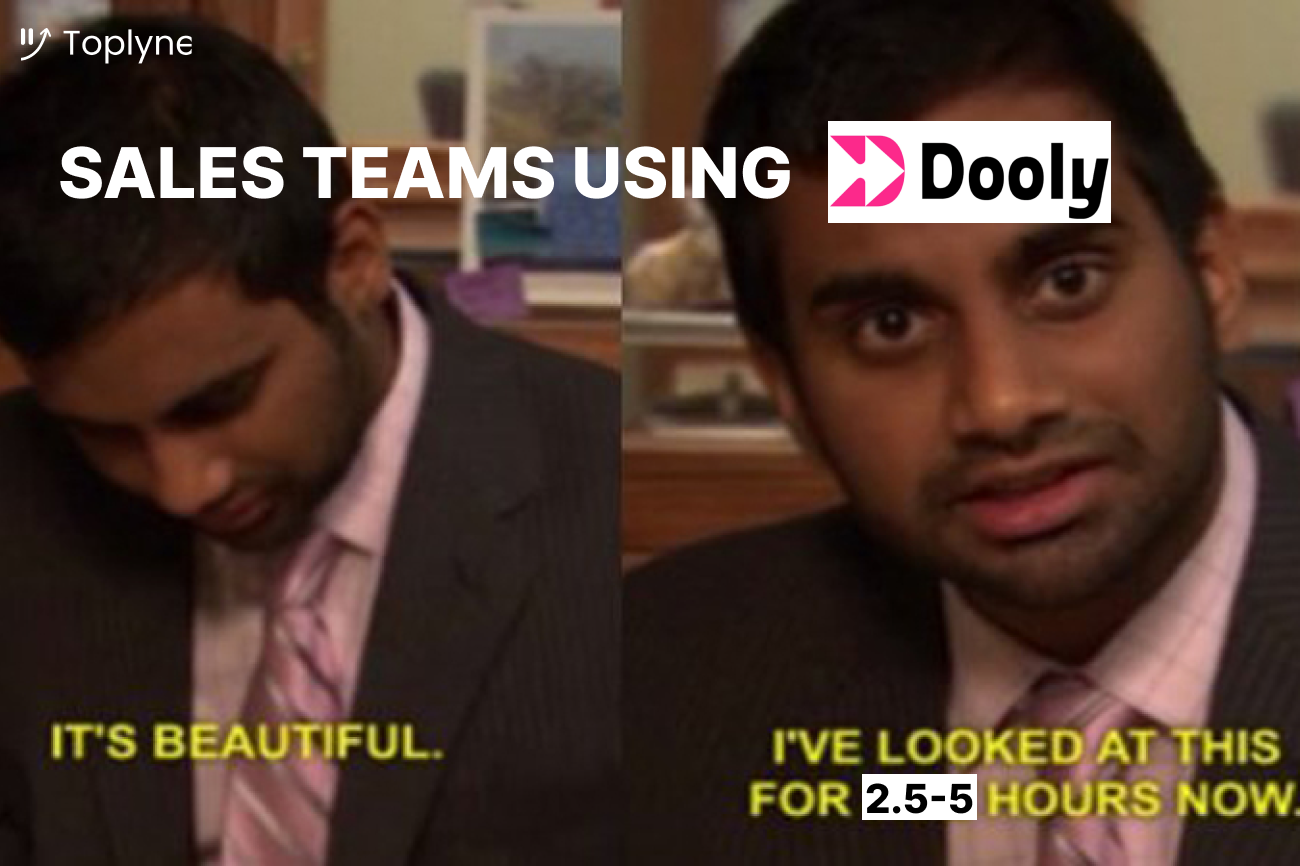 Little did Ward Cunningham know when he coined the term "tech debt" that it would become the subject of panel discussions, many academic debates, and countless studies. The co-author of the Agile Manifesto and developer of the first wiki had just dropped the latest buzzword in tech - one that tugged at the heartstrings of every developer on the planet.

Technical debt or tech debt is code that needs to be refactored later during the deployment of complex systems because the speed of delivery was prioritized over perfect functionality.

For a quick demonstration of instant recall, ask any developer where they've incurred debt in their code. Debt incurred because speed or convenience was priority #1 isn't exclusive to developers, however. Intellectual data debt among Sales, Marketing, Growth, and <insert your team here> is far more common, and far less apparent.

In an ideal world, the data gathered from every conversation, every campaign, or every growth experiment resides in a central location, accessible to the rest of the organization. But this world is hardly ideal.

Chances are if you have a Sales team in your company, your CRM data has more fields left blank than the last feedback form you filled out at an Italian restaurant. The intelligence gathered from Sales calls currently lives in Evernote, Google Sheets, Word documents, and legal pads - off the grid, inaccessible, and worthless to the rest of the organization.

In an ideal world, your very expensive Sales teams are fully focused on the two things they excel at: Closing deals, and building relationships. Instead, Sales teams today spend less than 36% of the time actually selling.

‌In an ideal world, Sales bandwidth spent on administrative work that attempts to capture intelligence is much, much lower, but intellectual data debt is still kept to a down low.

This much was clear to Kris Hartvigsen and Justin Vaillancourt who saw an opportunity amidst the mounting intellectual data debt, and merely said: "Dooly noted."

In an ideal world, your Sales teams use Dooly.

In an alternate reality, Dooly founder Kris Hartvigsen becomes the creative director at an ad agency in New York living the "Mad Men lifestyle minus the misogyny." Graduating from university with Don Draper ambitions, Kris quickly found his calling in tech. After brief stints at a hardware firm in Montreal, and then a startup, Kris discovered the world of SaaS at his new role at an insights-driven customer experience platform called Vision Critical, where he would spend the next 9 years. Kris was instrumental in setting up and scaling the Sales team here, and eventually rose to EVP Strategic Alliances.

Being a high performing Salesperson closing deals left right and center, and having risen through the ranks at Vision Critical, Kris developed a visceral frustration for administrative work.

"Congratulations on signing the National Football League to a multi year agreement. Just wondering if you took the time to update the ‘competitor’ and ‘next steps’ fields on Salesforce" - wasn't something any Salesperson looked forward to hearing.

Kris and fellow co-founder Justin Vaillancourt met in Vancouver. Justin had been a game console hacker and self-taught programmer from a really early age, and had cycled through various start ups before moving to the west coast to work for a modern storefront solution called Mobify.

Armed with a deep understanding of Sales frustrations and now the technical knowhow to solve for it, Kris and Justin set out to build a set of AI-based tools to automate the grunt work of updating data in CRMs like Salesforce.

The Vancouver-based company is valued at around $300million, fresh from two successive rounds of funding in early 2021 - A Series B in May 2021 of $80 million led by Spark Capital, with participation from  Greenspring, Tiger Global, Lachy Groom, boldstart ventures, BoxGroup and Addition comes just two months after $20 million raised in seed + Series A funding led by boldstart ventures.

At the G2's 2022 Best Software Awards, Dooly ranked #6 in the fastest growing products list, ahead of other paragons of the PLG movement - ClickUp, Figma, Miro, Gong, Airtable, etc.

Powering their 300% YoY growth in the early days is a PLG ethos built on a strong end-user narrative: The 5:01 promise.

Dooly promises their end users the power to end their day at 5:00 so that at 5:01 they are living the life they want. Or in Kris's words, ”What you do after 5pm should be your choice, not your obligation" Dooly saves teams between three and 11 hours a week in administrative work.

Built on top of this powerful narrative is a growth engine that powers the Dooly rocketship to this day.

Even before their Series A round in March 2021, revenue teams at over 500 companies including Asana, Airtable, BigCommerce, Contentful, Figma, Intercom, Lessonly, and Vidyard were already using Dooly to close deals faster. Dooly solved an immediate painpoint for Sales teams and generated a word-of-mouth engine that propelled its early growth engine.

What was it about the painpoint that powered Dooly's bottom-up adoption?

“For salespeople, putting information in Salesforce  can be like asking them to clean the toilets. Everything takes away from revenue, which can sacrifice the paycheck. We are focusing on connecting experiences for end users so they can be the best version of themselves at work.” - Kris Hartvigsen

The moment a Salesperson hits sync on Dooly, that's an immediate pain point eloquently solved. Kris describes the feeling as an endorphin rush that’s hard to replace with an enterprise platform.

At the crux of Dooly's PLG-driven growth is an onboarding experience like no other. After signing up, Dooly prompts a connection to Salesforce, and then starts you on a 14-day free trial. The onboarding team takes over. A BDR or a member of the enablement team gets in touch with you to guide you through your first steps on Dooly - be it creating a pipeline view, playbooks, or templates.

The schooly with Dooly team ensures that during your free trial, you are exposed to the full range of value that Dooly has to offer, hand-holding you through each step if necessary.

A confluence of trends 📈

As with all great tools, Dooly rode the wave of three emerging trends of the time.

“Dooly is a fresh coat of paint on an old platform called Salesforce” - Raphaël, AE at Intercom

"We built Dooly to solve the pain for your team without it disrupting where the data needs to live. In fact we made it easy for your team to put it there." - Kris Hartvigsen

With Mark Jung at the helm serving as VP of Marketing, Dooly found content-market fit in a niche that was relatively unexplored: meme marketing. Their content engine and messaging takes roots in a unique niche - Salespeople looking to blow off steam after a stressful day/week at work. Mark and team found a unique way to speak to a deep seated pain-point that their product helps solve by bringing a splash of humor to their content. This became the foundation to their brand strategy. In a crowded sea of content, Dooly play their own game by leveraging humor and fun to get to their users.

"You can start playing Checkers when they are playing Chess, and frame it back to your advantage." - Mark Jung, VP of Marketing

Five seconds spent on the Dooly blog immediately differentiates it from almost every other B2B blog you're likely to come across. Dooly truly is playing Checkers.

Does Dooly do Sales? Dooly does do Sales. 🤝

In Q1 of 2021, Dooly's word of mouth engine got a turbocharger add-on: A Sales team. Dooly's organic growth garnered strong traction among smaller teams with 2-3 seats in the early days. The early Sales team included BDRs and a handful of account executives.

The former was segmented to close accounts of <50 employees and eventually form the junior AE bench to focus on SMBs. AEs are unleashed on larger accounts, leveraging tools such as Gong, Looker, and a strong data-driven method of defining Product-Qualified Leads (PQLs) - on the basis of #log-ins, #playbooks created, #notes logged, #times pipeline updated etc. The data analytics team segments users to find the right plan for these users as well.

The same hierarchy was mirrored on the Customer Success side, where CS enablement managers focused on smaller plays while CSMs took on the more significant enterprise roll-outs.

Kris says that his team has built a product that users love and their bosses think is a nice to have. The Sales team at Dooly is tasked with connecting the ‘nice to have story’ to the ‘need to have buyer.’

What's next for Dooly?🔮

Dooly is doing to customer conversations and meetings, what Slack did to e-mail. On the back of their two consecutive rounds of funding, they are focused on moving upmarket to larger enterprise customers in 2022.

“Dooly is building one of the most consequential enterprise companies of the next decade,” said Will Reed, a general partner at Spark Capital

The team is committed to building more features into the product to takes the grunt work and context-switching off the plate of Revenue teams - a commitment reflected in the launch of Deal Vitals earlier this month. There's a good reason why Dooly's net revenue retention sits at 162%.

Dooly changes the game for salespeople. We’ve seen massive improvements in productivity. What used to take 2 hours a day now takes 30 minutes. We can focus on selling instead of dealing with Salesforce’s updating nightmare.” - Kyle Parrish, VP of Sales, Figma

Watch out for the #Dooligans at your workplace.