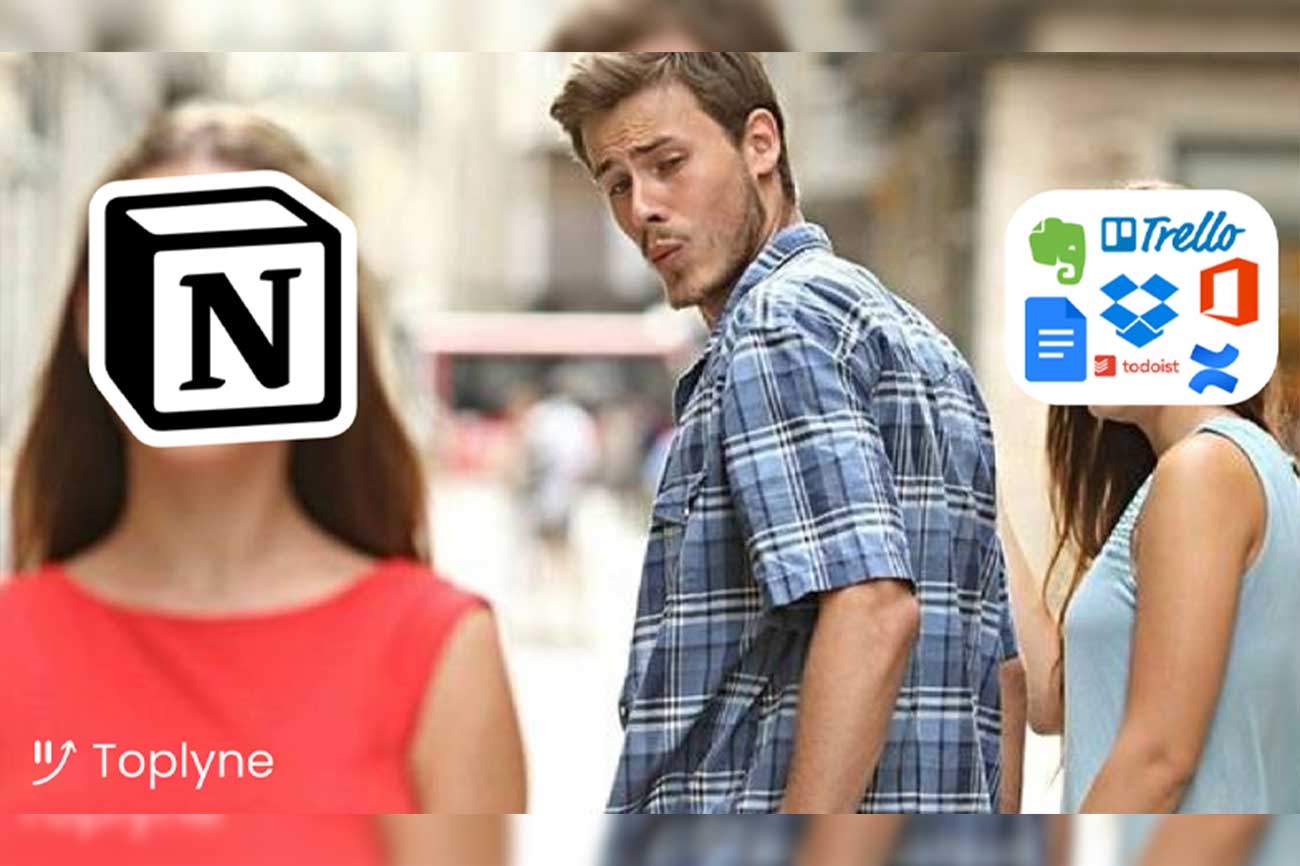 Human progress has been on an absolute tear over the last hundred years. Although it's easy to get lost in overwhelmingly polarized narratives around the problems we face as a species, the reality is that there has never been a better time to be alive.

If you look at the GDP chart above, something drastically changed the course of our species in the mid to late 1800s. It’s almost like each of us got substantially more productive overnight! 🤔

How? The answer is simple. Technology! Automobiles, planes, telecom networks, satellites, computers, and of course the internet! Across all of these game-changing technologies lies a common theme. Their ability to make us exponentially more productive. Enabling global travel in hours vs. months and communication at the speed of light vs. the speed of courier on horseback.

And this trend is reflected in the VC market we see today! Productivity apps are some of the hottest companies in the world - building products millions of us want to use and the best engineers want to build! Bringing us to the company we discuss today - Notion!

The heir apparent to the productivity crown 👑, the lifeline for Toplyne’s internal operations 😅 and Silicon Valley’s latest decacorn 🦄 Here’s how Notion grew to 20M+ monthly active users - over 85% of who are outside the US! Let’s jump right in...

In 2015, Ivan Zhou and Simon Last, fanboys of personal computing pioneers Alan Kay, Douglas Englebert, and Ted Nelson launched a no-code app development tool that a user could also modify while they used it - a personal computing possibility that the legends represented. The duo however wasn't able to build a scalable and stable product, and their vision didn't generate the traction that was expected. The world wasn't ready 🙃

“We focused too much on what we wanted to bring to the world, we needed to pay attention to what the world wanted from us.” - Ivan Zhou

But what the world was ready for was to manage their productivity tools better. Ivan and Simon who had moved to Kyoto to introspect (and also save on rent 😋), caught on to this and juxtaposed their grand vision to document editing and management. After tireless iterations and permutations, the result - 'Notion 1.0' combined:

to create a workspace where non-technical users could tinkle with the tool and build custom workflows for knowledge management (confluence for the masses 😋). But it was only after mission Notion 2.0 - that the all-powerful all-in-one workspace of today was born.

“In all honesty, Notion 2.0 is really the 1.0 for us. It finally delivers on our promise—a singular tool that handles all your work outside email and Slack. With the addition of tables, Kanban boards, and calendars, along with the existing notes and wiki features, we think we have done it with this release—Notion is now truly the ‘all-in-one workspace.'” — Ivan Zhao, Co-founder of Notion

"..the tech team continues to focus on the building blocks whereas the marketing team focuses on packaging to provide value to the end users" - Akshay Kothari, COO @ Notion on how the organisation is structured at Notion

Notion 2.0, courtesy of a successful ProductHunt launch and a more than positive review on WSJ, enjoyed great reception amongst initial adopters. Today, the platform boasts one of the best organic marketing performances in the SaaS world with 20M+ monthly visitors and 85% of their new activations attributed to organic sources. Let's evaluate the recipe for this success:

👨‍👩‍👧‍👦 Something for everyone: The customizable nature of the product has seen large scale horizontal adoption for the product with use cases ranging from GenZ tiktokers organizing school work to multinationals like Adobe and IBM managing workflows for their 10,000+ workforces. This is further enabled by some good old PLG levers including:

🔮 Betting on the future: Notion is very popular amongst startups and accelerators (500startups, Ycombinator) courtesy of a dedicated startup program which extended $1000 credits to participants. The product is also free for students and educators which we believe is both a strategic move as it is a social cause.

"There are as many use cases of Notions as there are people" - Camille Ricketts, Head of Marketing @ Notion

👨🏻‍🎨 Unleashing creativity: Templates also doubles down as a stage for users to explore their creatives sides and craft custom workflows, share the results with the community and monetize them using paywalls facilitated by tools like Gumroad. The consequent open-source platform behavior nurtured interest-based communities and Notion power users.

🏘 Building a community: Notion successfully channeled this user behavior to create thriving online communities. r/notion with 150k+ users and a Twitter handle with 200k+ followers actively engage and become an avenue for users to exchange information and empower each other. Hosted communities on Facebook (50k+), clubhouse (1k+), discord (13k+), company-organized events, and a Youtube/Tiktok program that sponsors users with 50k+ followers to partner with the company are few other examples of ubiquitous community building!

🦸🏻‍♀️ Promoting your champions: Notion elevated their power users to Notion consultants or Notion Pros certifying them as experts licensed to offer services around setting up and managing Notion accounts. These champions run full-time businesses servicing new Notion users and are active voices in Notion communities.

With 20M+ active users spread across 100's of thousands of businesses, sales and success functions at Notion are tasked with driving expansion, reducing churn, and prospecting new opportunities via outreach efforts. The GTM motion led by CRO Olivia Nottebohm can be summarized as a sales-assisted product-led growth function.

Notion's team of account executives, customer success managers, and support specialists are based out of 4 global locations and cater to a global audience...

A unique challenge (or should we say opportunity 😉) that Notion's GTM motion had to solve for was a customer base which was 85% outside of the US 🤯.

"Fundamentally, it's about people using Notion. That's what I care about. And Americans are only part of the world." - Ivan

How is Notion solving for this? 🤔

Notion is now available in 3 languages - English (US), Korean and Japanese (Beta) and this is no easy feat! With the Korean and later the Japanese launches Notion consolidated their entire code base, templates library, help documentation, marketing material amongst others (250k+ words for Korean) in one place using Lookalise and translated via local contractors - A playbook that can be replicated for more regions in the future.

As of today, Notion has set up offices in 5 locations across the world - San Francisco and New York in the USA, Dublin for EMEA, Tokyo for APAC, and an engineering office in Hyderabad following the acquisition of Automate.io. The EMEA office is headed by Robbie O'Conner (ex-Asana) who also heads the AMER sales team while the APAC office is in the safe hands of Katsukiyo Nishi (ex-WeWork, LinkedIn). Notion's international workforce is enabled by global talent sourcing and people efforts led by Maryanne Caughey with Jonathan Killeen from Hopin joining as Head of Environment.

We are opening a new office in NYC!

Notion also invests in region-specific customer engagement via local community leads who are tasked with conducting programs while also being the ears and voice for the company in their respective geographies.

The already profitable decacorn is expected to use the newly raised war chest of $275M on the following super exciting areas:

Fanboys ourselves, we are very excited to see how the next phase of GTM and Product growth will unveil for the SaaS PLG giant! 🍿