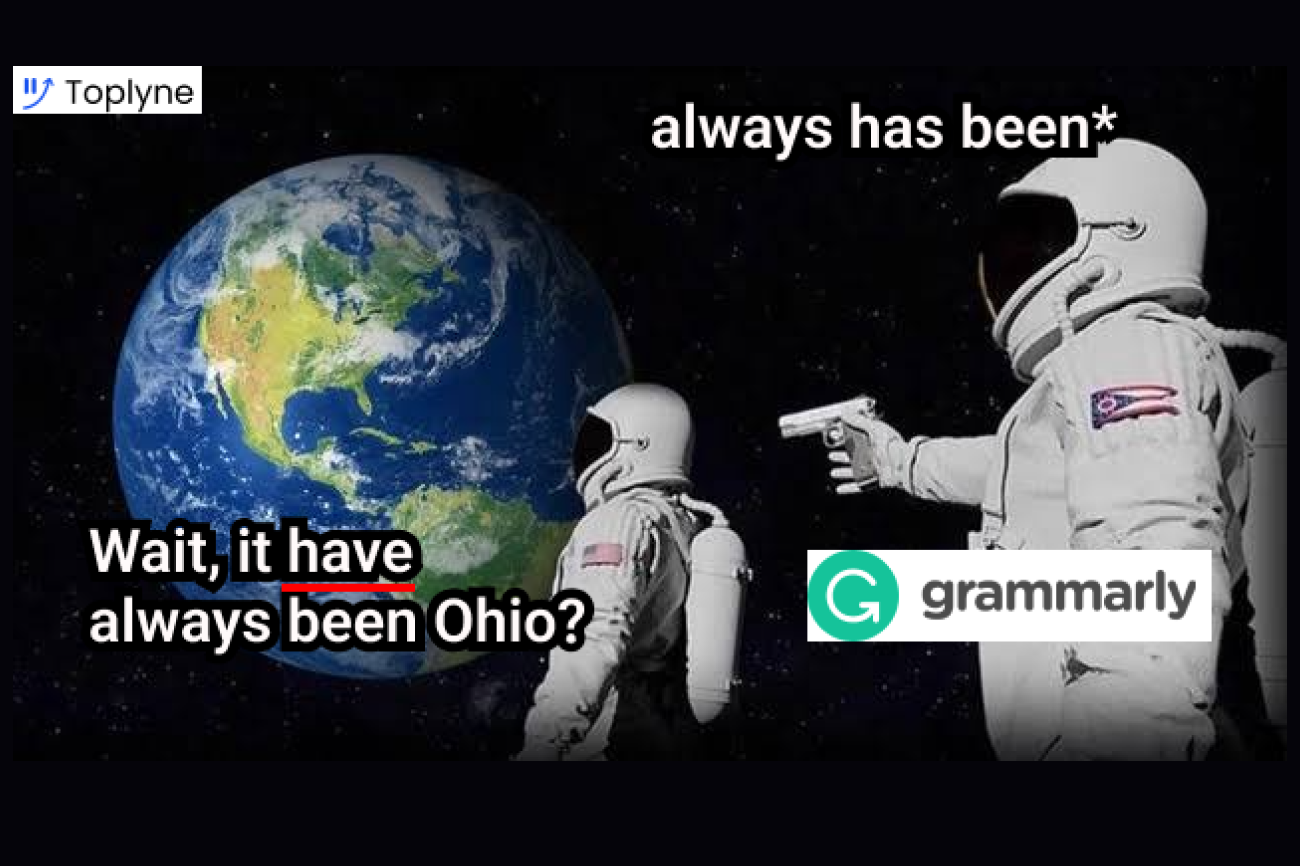 Every 19 months, the elliptical paths of Earth and Venus around the sun align the two planets in a tableau primed for interplanetary travel, such that a minimum amount of fuel is required to send a vessel from here to there.

By early 1961, the heat of the cold war and the space race had seen the Soviets become the first to launch an artificial probe that touched the moon. The focus now shifted to the planets. And Venus was closest.

During one such window in early 1961, the Soviets launched the Venera 1 that became the first probe to fly by Venus. The Venera stopped transmitting just before the fly-by and was never heard from again. This one didn’t count.

The American response was swift. On July 22, 1962, the Jet Propulsion Laboratory’s pride, The Mariner 1, was trolleyed into the warm Florida sun in Cape Canaveral, just 19 months after the Soviet attempt.

The Mariner 1 was packed to the brim with a suite of experiments to gather data on our closest neighbor in space. At 5:21 AM local time, the Atlas Agena launch system took the Marina off the ground. By 5:26 AM, the rocket had veered off course and was destroyed to prevent further damages from impact with the ground. The $18.5 million spacecraft had spent all of five minutes above the ground.

In his testimony before Congress, Richard Morrison, NASA's launch vehicles director, stated that it was a single typographical error in a computer equation that caused the spacecraft to veer off course. An omitted overbar. This little thing:  ¯. The Mariner 1 would have cost over $180M USD in today’s dollars. The missing overbar was perhaps the “most expensive hyphen in history.”

We’ve all had our own Mariner 1 incidents at work, in our personal lives, and anywhere we present ourselves through written text. That missing comma in “Let’s eat Grandma” or “If you have time to kill subscribers, read our other growth stories on the same newsletter” all have the effect of an impression created of negligence and a lack of attention to detail. That perhaps misses the point of what unites us as a species: the universal predisposition to screw up. To err is human, wrote Alexander Pope.

And as Ukrainian founders Max Lytvyn, Alex Shevchenko, and Dmytro Lider will have you know:

To forgive and correct, Grammarly.

While working on the plagiarism problem statement, a more fundamental question emerged: Why do students lift text? Upon digging deeper, their research suggested that perhaps the reason why plagiarism was so prevalent was that putting one's thoughts in words is usually an incredibly taxing endeavor. It's intimidating to face the clarity, or lack thereof, of one's thoughts. Or the lack thereof.

"Could it be that they were finding it difficult to communicate what they meant in their own voice?” - Max Lytvyn

After MyDropBox was acquired by the ed-tech company Blackboard, Max and Alex, along with Dmytro Lider began "SentenceWorks" in an attempt to address this more fundamental and more universal problem: effective communication.

They hypothesized that if people could be hand-held through the mechanics of the language, maybe they wouldn't feel the need to lift text from other sources. The original cloud-based product was funded by the founders themselves and focussed on Grammatical Error Correction (GEC). SentenceWorks briefly morphed into EssayRater to appeal to the student community, and in May 2010 evolved into the name we know today: Grammarly.

The original product was an online editor you could copy and paste long-form content into, leave to make a coffee, then finish said cup of coffee and come back to the tab of Grammarly's suggestions and detected errors.

Later that year, Brad Hoover, a venture capitalist was looking for ways to improve his writing. He stumbled upon Grammarly and was so impressed by it that he reached out to Max, Alex, and Dmytro to tell them exactly that.

“I don’t even know how Brad found my personal phone number, but he called me on my cell phone, completely unexpectedly,” says Max.

Grammarly had originally launched as a product for both consumers and businesses. The two streams ran in parallel for a while, but it was soon clear that the consumer line was growing fast, and the B2B motion was going to be a bigger lift. The founders decided to put the latter on the backburner for a while. But even among consumers, to scale, it was now clear that Brad, who was now working as a consultant for Grammarly, was the best person to take the company forward as CEO.

Today, Grammarly is valued at $13B on the back of their $200 million funding round in November 2021, led by new investors Baillie Gifford and BlackRock. Grammarly's valuation touched $1B during their previous funding round led by General Catalyst and included participation from IVP, among others back in October 2019.

Prior to their first round of funding in May 2017, Grammarly grew in bootstrapped mode for eight years, and quietly built out and refined the product over 30 million daily users love and adore today. Some key early decisions paved the way for the Grammarly of today:

“Our system was not perfect, so we added the option of taking a vote on the correctness/incorrectness of the rectification….Grammarly, as we see it today, is exclusively the result of our customers’ contributions.” - Alex Shevchenko, co-founder

The original Grammarly vision was "out there", and the tech just did not exist at the time to fully bring it to life. Rather than wait around to build out the perfect writing assistant, they implemented a tiny feature that made a big difference: collecting user recommendations.

The strong feedback mechanism built into the product ensured kaizen or continuous improvement. While the competing products stood and watched, Grammarly continued to race ahead.

We build, we conquer 🛠

In the early days, the tech was always playing catch-up with the founders' vision for the product. The team broke down the problem into pieces and prioritized based on simplicity: Spelling, grammar, clarity, style, tone, and effectiveness. The rest followed later. An early focused investment in research and development helped build out a tool to match the vision, brick by brick.

The MS Office add-in was introduced in 2013, followed by browser extensions in 2015. The Grammarly mobile keyboards arrived two years later. The Windows and Mac desktop apps arrived later, in 2016. Grammarly for developers was released in September 2021, allowing developers to integrate automated text editing into any web app.

The objective was ubiquity: a writing assistant that is present in every place where people write and generate content.

To access Grammarly in the early days, you had to feed in your credit card information.

“It became clear we needed to introduce a free offering to deliver on our mission of improving lives by improving communication,” says Brad Hoover, CEO

And so in 2015, Grammarly launched their first freemium offering, kickstarting a hockey-stick growth trajectory for the product. The free plan was launched with a limited feature-set and brought onboard users who were previously unable to afford to watch Grammarly work its magic.

Monetizing backward ensured that by the time the free trial was launched and the paywalls were built, the team had accumulated enough data from their paid users to make more intelligent pricing decisions.

"Freemium was a huge turning point for the business. Word of mouth really took off", adds the CEO

Grammarly's origins in MyDropBox and academia provided the founders with a user base they understood very well in the early days. The move away from the plagiarism-check niche to a broader use case resulted in a wider audience signing up to use the tool: businesses, lawyers, consulting firms, publishing houses, and more. Early growth efforts were led by Yuriy Timen, who set up advertisements over every channel available to them. An early relationship with the Google team gave Grammarly a head-start on new channels via early access to beta features.

A Content Topics Clusters Strategy (CTCS) helped them become a topical authority on key concepts related to their target audience. Related articles are clubbed together and centered around a central pillar mega-article.

Yuriy says that rather than focus obsessively on SEO, the team put quality at the center of their content strategy.

"We pursue the strategy of producing the best quality content that we can stand behind, that's representative of our brand, regardless of the (SEO) outcome." - Yuriy Timen, former head of Growth & Marketing

Grammarly's highest-ranking pages go above and beyond the run-of-the-mill breakdowns of "Who vs. Whom" and "Affect vs. Effect" and are further supplemented with clear examples, great graphics, GIFs, videos, and more. Both search and direct are large sources of acquisition for Grammarly, with paid advertising efforts compounding slowly over time to build brand recognition. The website attracts ~80 million total monthly visits.

Here's the CTA in the bottom-fold of nearly every page to help convert the traffic:

From Consumer to SMB to Enterprise 🚀

With in-line writing suggestions, brand tones to ensure consistency within organizations, style guides to keep communications on-brand, and integrations into Slack, Outlook, Salesforce, etc., the extended offering is designed to free up more time for teams to do high-value work. Moving into SMBs and Enterprises from being a largely consumer-oriented business presented its own set of challenges.

Extensibility - The Grammarly team quickly discovered that even though a lot of their users were bringing the consumer tool into work to help with their professional aspirations, launching the B2B product was going to be a different ball game. The enterprise offering had to find a product-market fit of its own.

Value-proposition - In a business/team setting, the buyers and users of software are often different personas that care about very different value propositions. Grammarly Business had to now speak separately to decision-makers, influencers, admins, and end-users. The content and marketing strategy was fine-tuned to speak to these finite personas within organizations.

Go-to-market experiments - The benchmarks and results of GTM experiments often vary in a B2B setting and had to be interpreted differently from the B2C mechanisms. The Enterprise Sales teams deal with longer lead times and fewer inbounds, in comparison to their consumer counterparts.

Expanding culture - The organization spans offices in San Francisco, Kyiv, New York City, and Vancouver, with more than 600 employees. Building a B2B offering represented a cultural shift in the organization which was largely a consumer-oriented product until 2018. Grammarly's values are driven by the EAGER framework: Ethical, Adaptable, Gritty, Empathetic, and Remarkable. Adaptability was crucial in this transition.

“As the world has digitized, people communicate more than they ever have — yet it has never been so difficult,” says Peter Singlehurst, head of private companies at Baillie Gifford

With the latest round of funding in the bag, Grammarly plans to innovate and scale the product further. They hope to advance their natural language processing and machine learning technology to further strengthen user trust and engagement. The company's mission is to "improve lives by improving communication."

The founders were early to note a pattern emerging from user-research of regular Grammarly users adopting more effective patterns of communication even outside of written text.

Our favorite writing assistant could be rubbing off on us in more ways than we know.