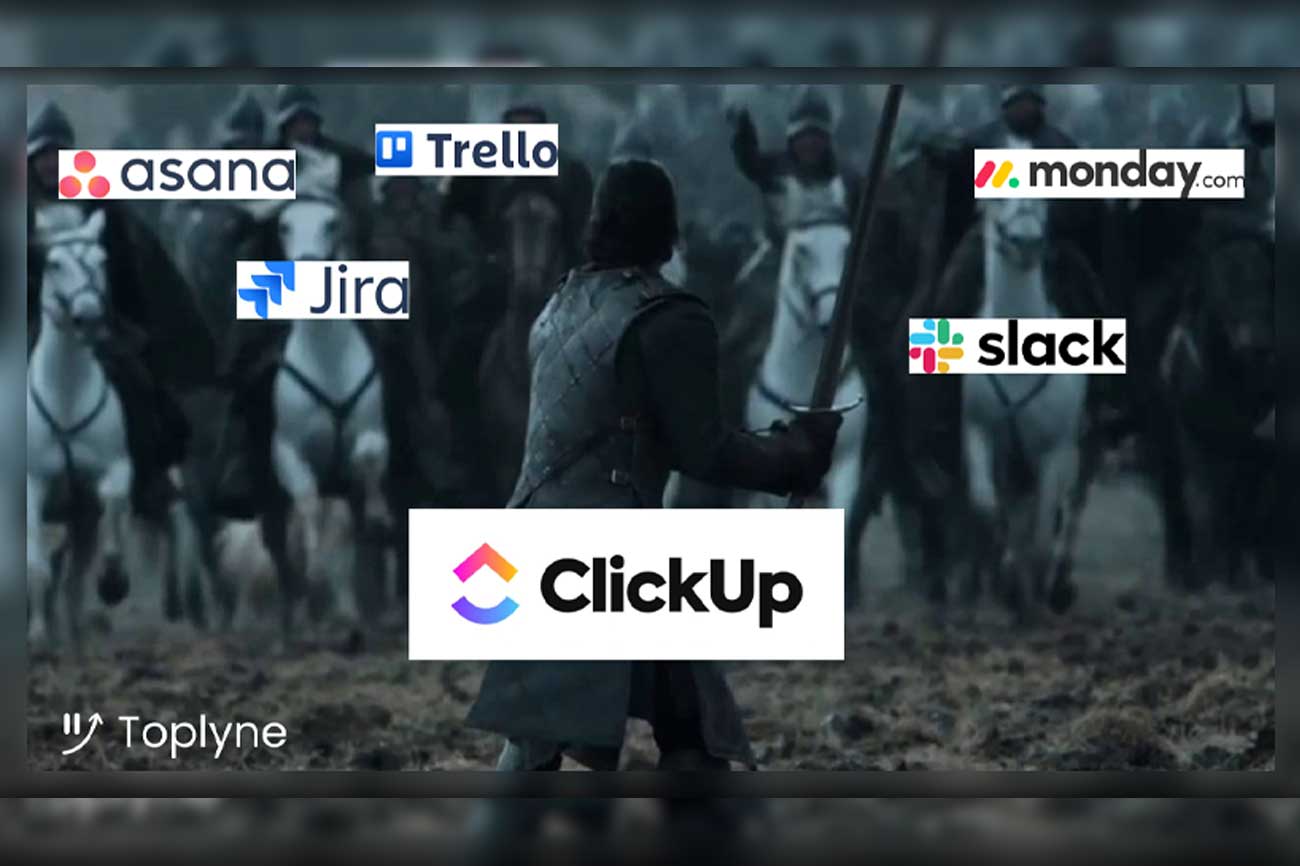 Life-changing events come in all shapes and sizes, but perhaps the most profound and overpowering ones (and the least recommended) are of the rare ilk of near-death experiences, or NDEs for short. "Like flying through a thick storm", writes Ernest Hemingway, "until unbelievably white in the sun, was the square top of Kilimanjaro. And then he knew that there was where he was going.”

Many NDEers report out-of-body experiences and moments of stark lucidity that give them renewed clarity and a purpose to drive their personal and professional lives. A single near-death experience can be a totally transformative event in a person's life.

Bullet journaler and productivity nut, Zeb took the clarity of four NDEs and applied it to a puzzle that people in workplaces around the world have been trying to solve for decades: workplace productivity. Be it calendar organization, project management, or live collaboration, each aspect of most people's workday is handled by a specific app designed to don that singular hat. In attempting to improve productivity, we have perhaps made the problem worse. Enterprises are now dealing with more apps than ever before in their typical workflows, and that has led to a new kind of productivity problem.

This is the Gordian knot that Zeb Evans, survivor of four near-death experiences attempts to solve with ClickUp: the tool to replace them all.

In a world of clones, be a unicorn. 🦄 #ClickUp pic.twitter.com/C2QzusJJzR

If you were a content creator on Instagram or Youtube in 2015 looking to buy followers on your way to Influencer fame, you might have considered partnering with Zeb Evans’ first foray into entrepreneurship - Fast Followerz, a venture that Evans is the first to admit was “just inflating people’s egos on social media.” After his fourth brush with death in 2016, he shut it down and set out to build something with a more “net positive” impact. With former IBM engineer Alex Yurkowski by his side, Zeb toyed with an “egoless social network” and a fraudproof Craigslist alternative, before saying "wait a minute..." -  a phrase uttered by many before him in a similar context, including Stewart Butterfield of Slack, Nicolas Dessaigne and Julien Lemoine of Algolia and others.

"I started with Basecamp, then we had Jira for engineering, Trello for boards, Asana for marketing teams, Google Docs, Google Sheets, Slack AND Skype, Confluence for Wiki... we had 10+ different productivity applications. The whole goal of productivity software was to make you efficient." - Zeb Evans, CEO

The duo realized that the most promising tool they were building was the one they were using for something entirely different - to bring together their work elsewhere and manage all of it in one place.

Zeb and Alex pivoted early, bootstrapped the company, and made a few crucial decisions that flew in the face of conventional wisdom at the time, but in time would come to define their future $4B dollar brainchild:

For the last decision to make sense, some context: The productivity market is one of the hottest and most attractive markets there is, as evidenced by the recent glut of capital, the public debuts of Asana and monday.com, and the high valuations set for Notion and Coda, not to mention the ever-looming presence of the Microsofts and Googles of the world.

ClickUp is ten different products rolled into one. Positioned as the jack of all trades, the ClickUp answer to the “we’ve got too many tools here” problem is to bring all workplace tools under one roof and take away the distractions of ten apps peppering users with notifications throughout the day.

In October 2021, ClickUp raised $400 million, the largest Series C funding in the productivity space and one that takes their valuation to $4 billion post-money. Today, the San Diego-based company is the productivity tool powering teams at Netflix, Booking.com, McDonald's, and even Google. Over 800,000 teams use ClickUp today - that's 600,000 more than just over a year ago.

“ClickUp’s unique offering in the market has fueled their rise as one of the fastest-growing SaaS startups in the world. Their strong growth, product adoption, and customer retention reflect the tremendous value they’re providing to businesses looking to drive greater productivity and efficiency,” said David George, general partner at Andreessen Horowitz

ClickUp's jack-of-all-trades positioning may seem obvious at first. After all, the legacy giants have been consolidating their products over time to do exactly this. But ClickUp had an ace up their sleeve. The chemical X fuelling their rapid growth from $0-$20M ARR in just two years? Their product-led growth flywheel.

In a blog post, Zeb Evans outlines ClickUp's (successful) search for "Natural Product-Market Fit." Their growth from 0 to $20M ARR is a classic PLG success story.

Even when the bootstrap Davids compete with the VC Goliaths, once the marketing confetti settles and the Sales leads run dry, the winner is ultimately judged on the merit of the product - and on this playground, the better product eventually always wins. ClickUp's early viral adoption and growth were driven by a flywheel that is operational even to this day:

ClickUp is a media agency masquerading as a productivity tool. With a blog post every day and a presence across social media platforms, ClickUp is one of the loudest B2B companies you are ever likely to find. They don't shy away from the number of features on offer in the product, which can be intimidating especially for new users. Instead, their content strategy is designed to continuously educate and hand-hold users through the product.

Most of ClickUp's organic growth is driven by word-of-mouth, referrals, and organic traffic. Their SEO strategy casts a wide net targeting high intent short tail and long-tail keywords from users under different verticals that ClickUp has brought under one roof.

From ongoing testimonials courtesy of ClickUp power users ("ListenUp") to an Instagram series called "#ReturningToWork", a TikTok channel and long-form content pieces on productivity, remote work to name a few, the ClickUp media arm runs at full speed and round the year bringing in organic leads whose search intent is tied back to the product through content.

"Work schooling", a video released as part of the #ReturningToWork series has over 2.3M views on YouTube.

ClickUp has managed to stay really close to its community of users by taking feedback very, very seriously. In an attempt to keep tabs on how the product is interacting with their users, all the feedback they receive through Canny, Pendo, Customer Support Tickets, Community (Facebook, Twitter, etc.) is ingested into one system and rigorously analyzed every single day. If user feedback aligns with the company's vision, it's funneled through to the product roadmap. And stage #3:

ClickUp ships a new feature every Friday. The ethos at the company is one of "grow 1% every single day", and that permeates all the way down to the product. User feedback that aligns with the company's vision is shipped... immediately. Even if it's not perfect. "Progress > Perfection" is one of the core values at ClickUp.

Since raising $100M in series B funding late in 2020, ClickUp grew 4x from 200,000 teams to 800,000 in one year. Revenue tripled 3x to over $85M, and headcount increased almost 7x in that timeframe. Fresh from the funding round, ClickUp made small bets and doubled down on those that worked. With these pockets of funding added to the existing organic growth engine, they surged into hypergrowth mode.

A new feature every week 📆

ClickUp is structured into Workspaces, Spaces, Folders, and Lists. Think of a ‘workspace’ as the building you work in and a ‘space’ as the department, under which tasks are grouped into lists and folders.

Each task and subtask can be given a priority and then assigned to anyone in your team, who is instantly notified. A range of views (Gantt, Box, Calendar, etc.) is on offer to customize it just the way you want it. With Sprints, Annotations, Screen Recordings, Agile Dashboards, Goals, Forms...

...Reminders, Automations, Docs, Mind Maps and even Excel alternatives for Finance teams, Time Tracking for Freelancers and even a good old notepad alternative, it's easier to list tasks that ClickUp doesn't support, that to list the ones it does.

ClickUp has built-in 100+ features that enable customizations for a wide range of use cases and verticals. ClickUp's website lists over 25 different use cases ranging from Education, Healthcare, Development, Design, and Marketing to Non-Profit, Media, and Personal. With a landing page for each, speaking to the particular pain points it solves, ClickUp offers a great place to start no matter who you are and where you work. Each page is social-proofed by related teams in similar spaces.

ClickUp's word-of-mouth spread is further boosted by incentivized referral and affiliate programs. For those referring ClickUp to people within their network, ClickUp offers stepped instant rewards upon sign-up and upgrades to paid and business plans. For business and tech influencers, business coaches, etc., the affiliate program offers a percentage payout for successful new sign-ups and upgrades.

On November 9, 2021, ClickUp hosted the second edition of LevelUp, a productivity conference that featured organizational psychologist and best-selling author Adam Grant as the keynote speaker. Over 45,000 people worldwide registered for the event. With the launch of ClickUp university, their own podcast (When It Clicked), on-demand demos that offer detailed video guides for users through each stage of their journey within the product, webinars, and more, ClickUp is leaving no stone unturned in their mission to educate their users and bring them up to speed on the platform's rich and ever-evolving features.

For the self-serve commercial and SMB customers, ClickUp still honors the original PLG motion, but with scale, they've also layered in a traditional Sales motion, led by Tommy Wang, into the GTM process.

SDR/BDR teams reach out to accounts to understand who the users are, followed by a demo, an exercise of identifying key pain points, and finally a hand-off to AEs for a solution-based sales process. For more complex or larger enterprise deals, solutions engineers and professional services work with the Sales teams to get buy-in from multiple stakeholders at these accounts.

“ClickUp is building a modern bundle of productivity and collaboration applications, all delivered in a single, unified platform, which puts them in the crosshairs of literally hundreds of competitors. Now that takes courage! What we hadn’t yet realized years ago was that ClickUp had the only thing that mattered – the winning strategy to break out from the pack.” - David George, General Partner at Andreessen Horowitz

ClickUp is currently based out of San Diego. On the back of their fresh funding, the company plans to double down in Europe, where a large part of their users (~275,000 teams) are from. There is a splashy new HQ waiting to be unveiled in Dublin that will handle R&D, operations, and sales. ClickUp employs support staff around the world to support their large userbase outside the US: ~40%. Their journey to becoming a global productivity solution has only just begun.

With a mission to save users one day every week and the promise of more features and capabilities down the line, Evans and co. might be writing the future of work before our own eyes: 1% at a time. 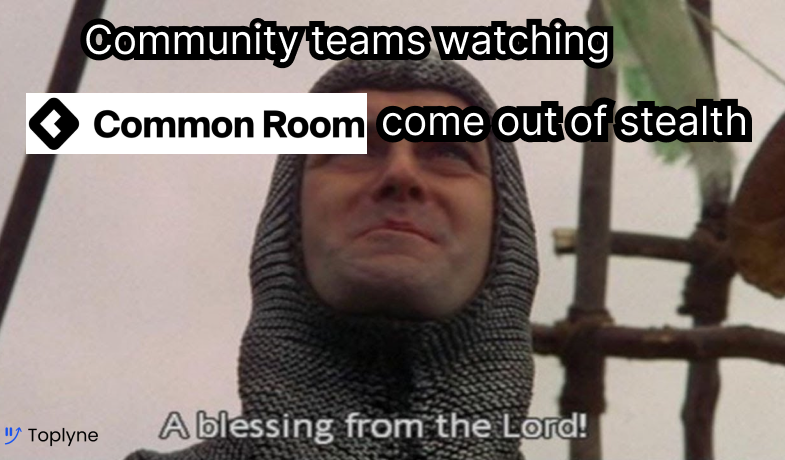