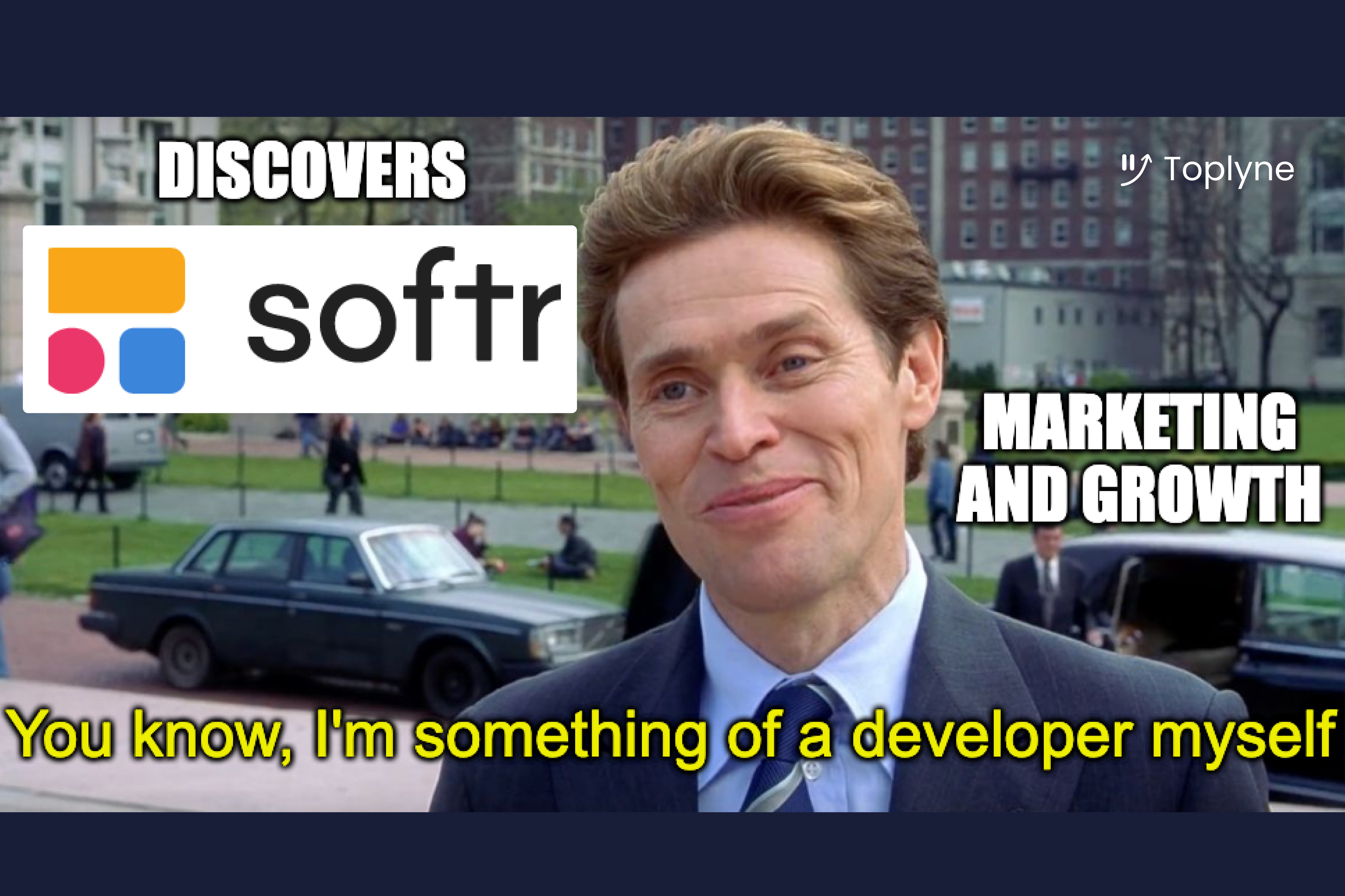 14th Century Florence. The Black Death that ravaged all of Europe had wiped out nearly half of Florence’s population. Drastic labor shortages shot up the wages and forced a move away from labor-intensive farming to employing labor-saving devices.

The last vestiges of feudalism disappeared from Florence in the wake of the pandemic. Religion lost its grip on an increasingly secular population that began to question the status quo.

Laborers became merchants, and merchants became aristocrats, and soon it did not matter which strata of society you were born into. Only the abilities and skills you possessed did. Florence was becoming a petri-dish that championed the individual and ideals of secularism. A petri-dish that stoked the first fires of the Renaissance.

A pandemic disrupting the status quo, and empowering individuals to power years of progress and transformation in months - sound familiar?

In the wake of COVID-19, the world saw two years’ worth of digital transformation in two months. Every company became a tech company, and the aggressive demand for developers to build that tech spawned the rise of numerous no-code/low-code tools.

The last vestiges of ‘barriers to entry’ are disappearing from the world of tech. Community builders are now becoming influencers and influencers are becoming solopreneurs. Soon your access, education, and age may not matter as much.

600 years later, just 700 miles north of Florence in Berlin, Mariam Habokyan and Artur Mkrtchyan are building the world's largest ecosystem for building no-code apps - the petri-dish that is stoking the fires of a new wave of innovation: Softr,

Veteran developers Mariam Hakobyan and Artur Mkrtchyan were no strangers to the frustrations of redundancy. They had seen just enough valuable engineering bandwidth lost on repeat features like authentication, payments, and messaging that every other dating app or online store was made with. A platform that allowed users to drag and drop pre-built blocks of these features to create applications was clearly the next step in an evolution-journey that had GUI, code libraries, OSS, and microservices as milestones.

The following product development phase (of course they started up 😏) uncovered that the real differentiated opportunity was not in making life easier for engineers but was in detaching these repetitive (and often boring) tasks from the developer and empowering “the non-technical” to build web-apps and websites on their own. The no-code movement had arrived and the right balance of customizability and simplicity promised to digitize a long tail of tech needs including those of the booming creator generation. 🐣

Softr v1 was a website builder that was built with a zero learning curve experience as priority Uno and v2 used Airtable as a database to step the product up to a web-app builder. Today, the product is used by 50,000+ users across functions and industries to build an online presence in the form of communities, portals, stores, and even CRMs. This traction is funded by $15M+ of venture capital from marquee investors Matt Turck and FirstMark Capital, joined by existing investors AtlanticLabs and some of the world’s top minds in growth, product, and community - Elena Verna, Packy McCormick, Julian Shapiro, Gokul Rajaram, Brian Balfour, Shreyas Doshi, Kieran Flanagan amongst others (WOW)

“Softr is really like lego, it offers all the lego bricks — a.k.a. the building blocks — so you can make any type of lego yourself — a.k.a. web-apps. While diving into alternative solutions, we saw a huge gap in the market — the current tools were either too basic or too complex and technical. So we set out to build one, which is extremely easy and simple to use and at the same time powerful and rich in functionality.” - Mariam Hakobyan

Today we dig deep into how this rocketship zoomed organically from 0 to 50k users in less than 15 months, picking up Product Hunt’s product of the year in the process 🤩🥇

🧩 “The only limit to Lego (Softr) is your imagination”

…reads the legendary toymaker’s marketing copy. A case in point is works of art that are listed every day in Lego’s projects section. Multi-colored ‘bricks’ and ‘blocks’ offer infinite possibilities for lego-benders - the ultimate balance of customizability and complexity, a way of working that Mariam and the Softr team envision for their no-code web-app developers. Softr’s bricks are -

1. Blocks: either static or dynamic components that can be dragged and dropped into your project. These can range from your website header to a customizable checkout page 🤯

2. Integrations: Softr is arguably the best thing to happen to no-code pioneer Airtable after Airtable itself. Airtable is the default backend database for Softr and this is set up using a very simple native integration between the two tools. Crisp, Drift, and Hubspot for chats, Google and Fathom for analytics, and Stripe for payments are some of the other functionalities that Softr ‘outsources’ to the best in the biz.

One of the coolest feature at Softr is memberships. Users can sign up for Softr webapps using the membership block and their information is stored in an Airtable workspace. This is further amped up by features like permissions and user groups.

3. Templates: It’s not Lego if there are no Lego sets, right?

The international space station, the Eiffel tower, and the Battlestar Galactica are legendary Lego sets where the blueprints to greatness have been put together by the great elders (re: the product development team) at Lego. Templates at Softr serve a similar purpose reducing time to value for a new user by giving them a ready-to-use blueprint for specific use cases.

Now that the product is out of the way, let’s talk distribution…

Softr is legendary amongst the Product Hunt circles for bagging not 1 but 2 product of the day medals. The second launch went on to win Product of the year at the 2021 Golden Kitty Awards.

This success can be attributed to well-organized launches and to the ‘try it and see value immediately’ nature of the product. Being able to build a web app within 30 minutes of discovery totally deserves those upvotes! Ryan Hoover agrees 👇🏻

Playing with some no code tools this morning.

I just created an app in 30 minutes that would have taken an engineer days to build from scratch.

Yes, it comes with massive trade offs but speed and learning are often the #1 priority when building something new.

This super quick time to value and the tangible results often felt like a super power to users. Early adopters were quick to spin up web apps and websites of their own and were not shy to show them off on social media. Softr encouraged this behavior by:

Softr channeled this early adoption with innocent “Made with Softr” badges that stuck to every app that was created, siphoning traffic to the Motherland. Many of these early products were launched on Product Hunt themselves creating a Viral acquisition loop for Softr!

No there is no degree in Softr but there is a plethora of company-generated and community-generated guides, documentation, youtube videos, and tutorials on the web that augment the zero learning curve product. Softr’s content team also works hard to create educational resources for broader topics around the no-code movement and sometimes even about Airtable (they should get commissions for these)

Softr boasts impressive search volumes and organic traffic (source: Ahrefs) and attributes a great deal of demand to organic sources. While the content game and the word of mouth triggered queries are strong, a significant chunk of this traffic can be credited to:

The business functions are very young but strong at Softr. Softr has staffed in the customer success (2), customer support (2), and content marketing (2) verticals, and has hired Mario Araujo as Head of Growth. Mario is a seasoned Product & Growth professional and a vocal advocate for all things PLG 🤗

Softr follows a zero-sales product-led self-serve monetization motion, which is ideal for their low ticket size offerings and their current target segment of SMB and individual customers. As the product evolves, we expect them to layer this motion with high velocity inside sales 🔮

For a young organization with no dedicated community resources, Softr has fared extremely well in building a community of loyal and engaged followers. Much of this can be attributed to word of mouth but we must acknowledge Mariam’s role here. Mariam is a vocal advocate of the no-code movement and participates extensively in podcasts, discussions, and conferences holding the Softr flag high. The result…

Softr is the official partner and the tool of choice for @beondeck 's No-code Foundations program: https://t.co/9I0g9fNPPJ

Building in public has also been a strong contributor for the Softr community - an open product map and robust channels to field feature requests.

If you think the journey so far has been impressive, you’re in for a very pleasant surprise! Softr is just getting started. Product roadmaps suggest explosive developments as Softr aims to become a no-code ecosystem. The team is hard at work,

By adding more blocks, integrations, data sources, and templates, the possibilities with Softr becomes infinite, much like Lego 🤩

And to power this grand vision, we expect Softr to hire in Growth and Marketing, as ARR becomes a focus for the organization. We are super excited to see how this unfolds and are rooting for Softr from the sidelines! 🎉

Alright then, heading out to create a web app on Softr. 👋🏻