Meet the creators of the fastest e-commerce experience known to man. 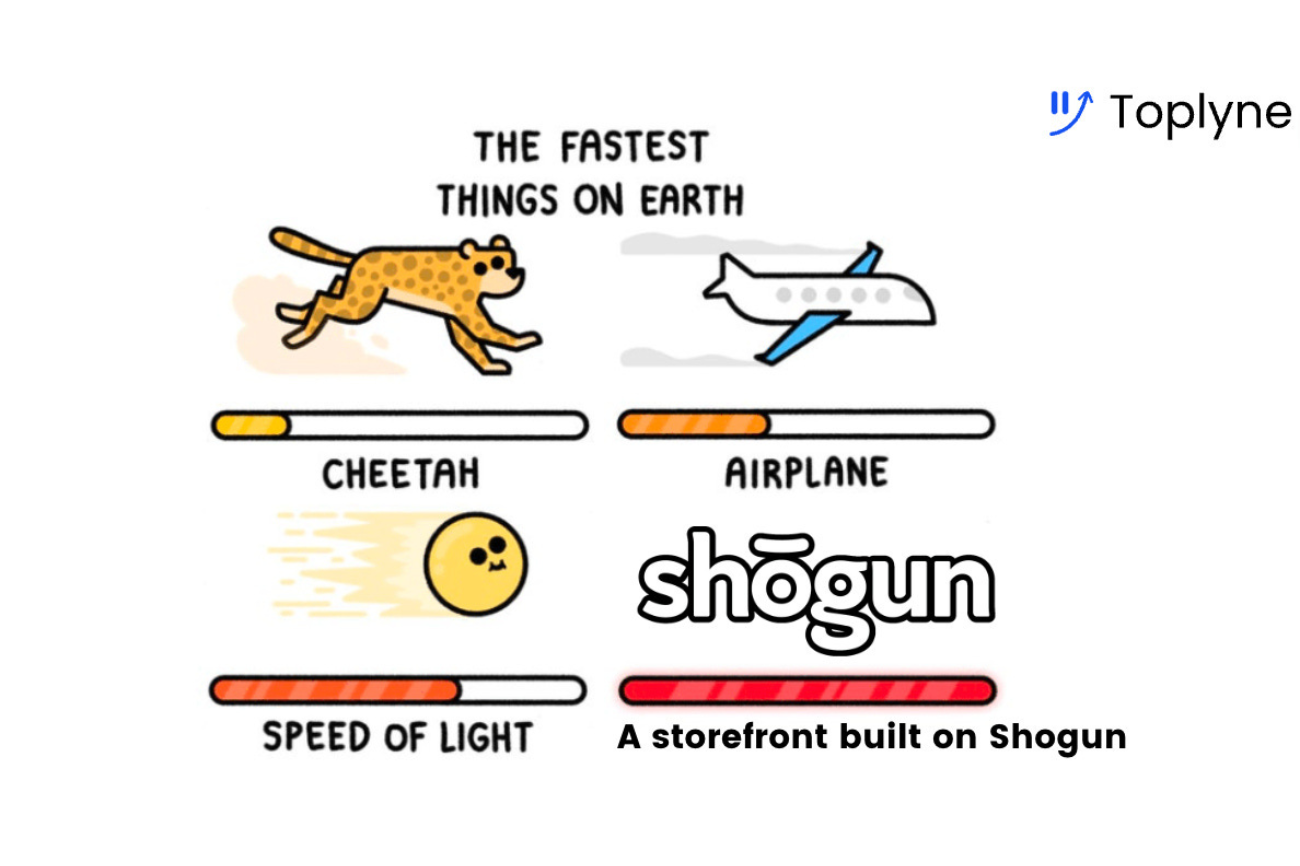 Meet the creators of the fastest e-commerce experience known to man.

If you blinked, you might have missed the “quickening.”

The pandemic compressed several years of pre-existing trends into a few short months. And nowhere was this more apparent than in E-commerce. E-commerce in the US witnessed ten years of growth within the first three months of the pandemic.

Brick-and-mortar stores were forced to adapt to the new normal. The ones who didn’t - perished in the retail apocalypse. The ones who did survive pounced on two key trends of the time - of increasing mobile traffic to online stores and… reducing attention spans among shoppers (focus, now) - they got on the headless e-commerce bandwagon.

The e-commerce stack became increasingly modular, allowing businesses to plug and play tooling as they deemed fit for different parts of their online operation.

And at the forefront of this storefront-revolution - is a powerful commander who has relegated the e-commerce 2.0 emperors to a position of purely theoretical supremacy (thanks, Webster’s dictionary) - Shogun.

Non-technical teams wanting autonomy over the website without having to pull away engineering bandwidth from the core product is a problem as old as time.

In 2015, a software engineer who worked for YCombinator decided to attempt to end this misery. Finbarr Taylor, along with his friend Damien Kan and the founder of a media agency “Glass and Marker,” Nick Raushenbush set out on a side quest:

To build a tool that can plug into existing websites and make it easy for non-technical teams to make edits without writing code. They called their visual drag-and-drop tool the Shogun “Page Builder” - and serendipitously encountered a friend who wanted to do this to their Shopify storefront - who told them:

“We’ll pay you to make this work with Shopify.”

They had inadvertently stumbled upon a problem that ran deep in e-commerce that their side project was the panacea for.

“What we’re seeing happen is that all this vast wave of direct-to-consumer brands is nibbling around edges of Amazon and beating them on buying experience.” - Finbarr

Today, Shogun powers over 35,000 brands and processes GMV in the billions. On the back of their $67.5M Series C round led by Insight Partners (with Initialized Capital, Accel, and VMG Partners participating) in June 2021, Shogun is valued at $575M.

Shogun’s rise to the top is a spectacle worth writing home about, and that’s exactly what we’re going to do.

What started as a side project remained a side project until their purely organic momentum took them from 0 to 15K MRR at a steady clip of 15-20% month-over-month growth.

When this continued for a year, it was time to acknowledge that this was no flash in the pan. Finbarr quit his job of building software to help scale up YC's investing activities and became a contributor to YC’s investing activity himself.

The team took Shogun to YCombinator (Winter 2018 Cohort) and graduated with $2.2M in seed funding and 6k customers under their belt.

With “Page Builder” - Shogun had a drag-and-drop tool to augment existing storefronts. In late 2019, a confluence of trends highlighted a gaping hole in the market for a tool that can replace entire storefronts.

The tipping point was when a Shogun agency partner showed Finbarr the Rothy’s website at a basement restaurant in Toronto - and he couldn’t believe how fast the website was and how complicated the tech powering the performance boost was.

Finbarr recognized the shift in tech, and told himself, “I can productize this.”

And so he did. This is Shogun Frontend in a nutshell. A radically new approach to headless storefronts and building Progressive Web Apps (PWAs).

🧩​ A Sale of Two Products

Shogun is part of a rare clique of companies with products that have bifurcated Go-To-Market playbooks.

While Shogun’s “Page Builder” is a self-serve, largely bottom-up adopted tool that is free to start with…

…“Frontend” is an end-to-end enterprise-level product that requires a white-glove implementation, is very hands-on, and is a lot tougher to navigate and learn on your own.

The Sales team is led by Kristen Habacht, Shogun’s President and COO (and ex-CRO), with a team of SDRs, Account Executives, and Customer Success Managers to qualify prospects, nurture, close, and support.

Exceptional site-building thrives in an ecosystem, and Shogun jumped on this bandwagon in September 2021.

Within just a year, they’ve brought on 36 partners to help customers seamlessly create and design online stores using Frontend. Shogun’s partnered with some of the best e-commerce agencies in the world - all to deliver the most seamless headless experience to their clients.

Partnerships help Shogun tap into agency networks for demand and cast a wide net to push the benefits of PWA and headless commerce to a broader audience.

Shogun’s SEO engine was layered in around 2020 to drive demand generation for Page Builder, and started paying dividends in early 2021.

Daily organic traffic totals over 72K each month, with Shogun ranking for 23K+ organic keywords in P1 on Google for over 600 branded and non-branded keywords.

Shogun aimed the SEO arsenal at the e-commerce long-tail of brands looking for specific storefront customizations. Think highly relevant long-tail keywords like “customizing shopify themes,” “how to create landing page in shopify” and “how to connect shopify to instagram.”

Here’s a plot that shows the number of keywords with SERP ranking 1-3 against the keyword difficulty (KD) - a rough proxy for search volumes.

It’s one thing to share the benefits of headless and advocate for its capabilities, and it’s another altogether to showcase case studies of storefronts built on your headless storefront builder.

But nothing drives the point home quite like building your own e-commerce store using your own product to showcase just how fast and flexible a headless PWA can be.

Though Shogun’s growth journey has been nowhere near linear, they’ve stayed true to their vision of wanting to empower everyone to build stunning e-commerce websites.

Shogun’s not only reaching for the stars 🌠​, but they’ve also already built their own microcosmos 🌍​ of headless e-commerce. Armed with their Series C capital, Finbarr says they will continue building out their Page Builder and Frontend products - as well as business development, and to build out new tech, specifically in areas like first-party data and personalization.

Shogun’s not nearly done yet.