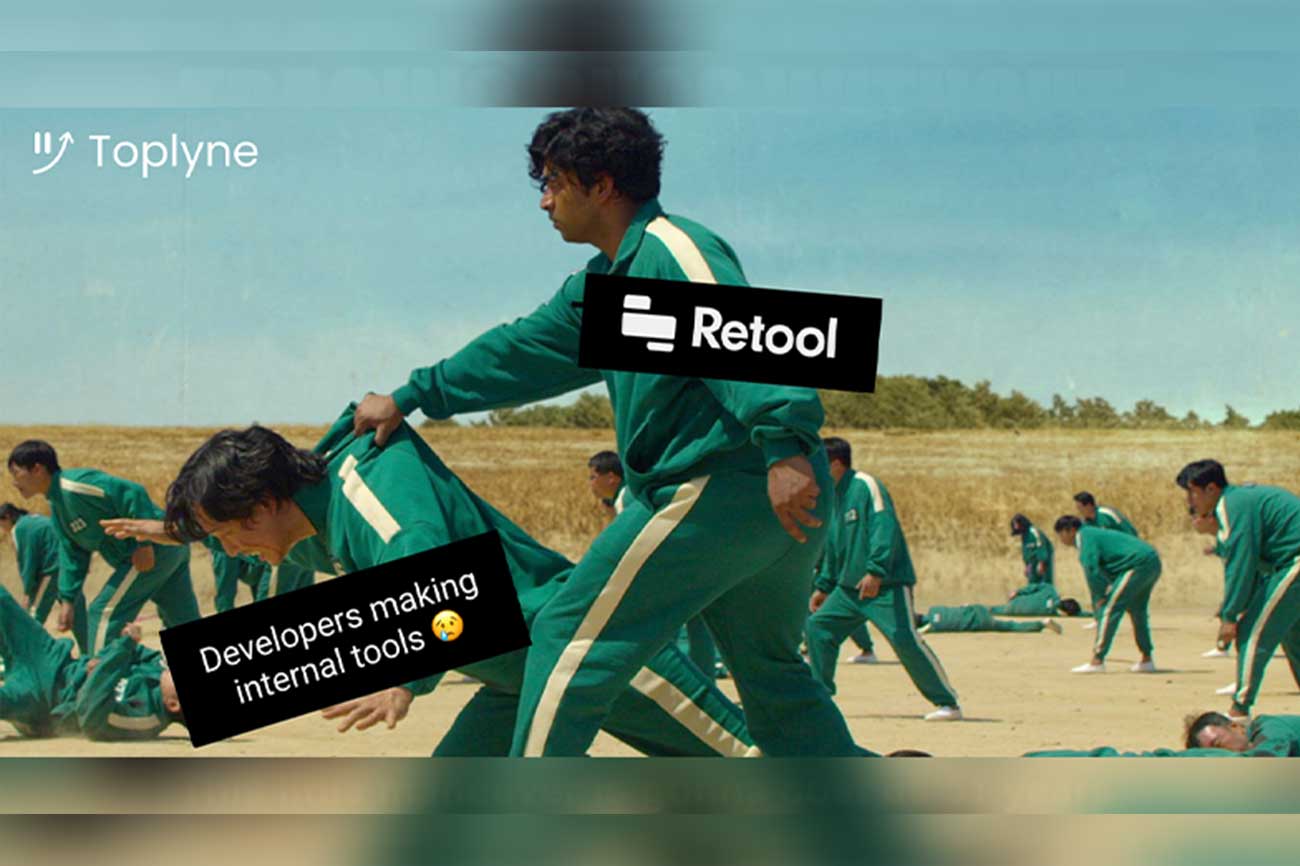 “Who run the world?” I don’t know Beyoncé, but there is an argument to be made for the Global enterprise applications industry.

Estimated to reach a whopping $250B dollars in market size by 2022, internal tools are the lifeblood of any enterprise. The number of these apps deployed by large firms across all industries worldwide had grown 68% over four years until last year, reaching an average of 129 apps per company.

The problem? Developers who earn six figures today spend around 30% of their time building internal tools. The number goes up to 40% once the company scales to 5000+ employees. Tooling quickly becomes a time-sink for engineers.

Selecting software for building internal tools is a critical problem for any company to solve. But it is a problem that a philosophy and computer science graduate from Oxford may have found the solution to.

If you met Retool CEO David Hsu at Olives, a popular French delicatessen on High Street in Oxford back in 2017, you would have known him as the creator of “Cashew”, a “Venmo for the UK”, and there’s a good chance you were paying for your parma ham and coffee using the app that he created.

Although the unit economics of the Fintech app was difficult to solve and left them running out of runway quickly, David and the team understood the problem of internal tools not scaling well because they faced it themselves. They had spent a lot of time building internal tools for KYC, fraud prevention, etc., and were quick to recognize that there was a pattern emerging:

“[most internal tools] are just a bunch of tables, buttons, drop downs and forms that you have to build from scratch. What if there was a drag and drop way of building this faster?”

Today, Retool helps companies like Mercedes-Benz, Doordash, ABInBev, Fox, NBC, and many others build internal tools, fast. With >$10 million in revenue, Retool is valued at $925 million and is backed by Sequoia, and founders of Github, Gusto, PagerDuty, Plaid, Segment, Stripe, and Y Combinator.

“I had infiltrated a LinkedIn user group for FileMaker users. I now had 300-400 people that I could send emails to. So I set up an email saying that Retool is like FileMaker but for the cloud and sent that out.”  - David Hsu

The 3 people who replied all told him that this was a terrible idea, they would never use it, and that David and the team should probably go work on something else. Retool’s first major pivot in finding product-market fit was the market itself.

Their market was not FileMaker or MS Access users. It was software developers building front-end tools! 👩🏻‍��

The second pivot was the messaging. Here’s the post on Hackernews announcing Retool’s launch to the world:

And here’s the same announcement, translated from the original Greek, posted a year later on Hackernews:

“The only way that you could learn about Retool [in the early days] was for me to email you and tell you about it.” - David Hsu

For the first year and a half, Retool's growth was founder-led. Here's how they raced to over a million dollars in revenue in one year:

Step1: The team scoured Crunchbase pro to identify 10,000 targets that fit the description of the companies they wanted to introduce Retool to early on.

“Typically, if a company has raised money in the past 6 months, it means that they are looking to expand, grow, and operationalize what’s already been working,” says David.

Step2: The founding team used Upwork to convert the 10,000 targets into individuals at these companies, zeroing in on specific personas:

The sales playbook spreadsheet now had 40,000 names in it. Over the coming weeks, all of them were about to hear about Retool for the first time.

Step3: David turned to PersistIQ, a sales automation tool in order to reach out to the 40,000. After A/B testing a bunch of copies, the team finally found the subject line and messaging that worked and hit their inboxes.

At a conversion rate of 8%, they turned many of these responses into early adopters and even signed an enterprise customer pilot worth $1.5M!  They hadn't made a single hire outside the founding team yet 🤯

The shift to inbound and product-led growth 🤩

“From the moment we launched Retool on Hacker News, our business basically immediately shifted to inbound,” says David. “We had 5, 10, 15, 20 companies signing up for Retool every day."

The team hired a GTM team to handle the large volume of inbound sales rushing in to sign up for Retool. Devon Groff, one of the first sales engineers to be hired, along with David set up real-time alerts to delight early customers by intervening at three key stages:

The Sales team has grown 5x in the last year and is the largest team in the organization after engineering today, making inroads upmarket to both Fortune 500 giants as well as start-ups.

The team continues to innovate and evolve Sales with "Retools for Retool": built-for-purpose tools like a mock data generator for sales demos and an SDR dashboard built on top of Salesforce.

The company recently announced "Retool for startups" which offers early-stage start-ups up to a year of free access to advanced features! As a early-stage startup ourselves we couldn't be more excited 😅🙏🏻

“Whenever engineers would talk to each other about building internal tools, Retool would come up and new teams would try it.” - Rohan Chopra, Sr. Director of Engineering, Doordash

Retool is primarily built for engineers and other technical folks, although it is also accessible to a broader audience. Using the low-code platform with its drag-and-drop interface, developers are able to build front-end components like forms, buttons, tables, etc. and connect to data sources in hours, rather than days. A smattering of custom code later, they are able to make these apps dance to their tune.

Retool grew 3x in revenue in the last year, and below are some of the ways in which they did it.

Retool's revenue and business goals for the next year are aggressive, and they continue to scale their sales, marketing, and engineering teams rapidly to meet those goals.

Gartner estimates that about half of all code written today is for internal tools. Retool may be about to change that 🚀