1-2-3 growth framework, the power of self serve and other GTM strategies powering the open source product analytics rocketship - Posthog 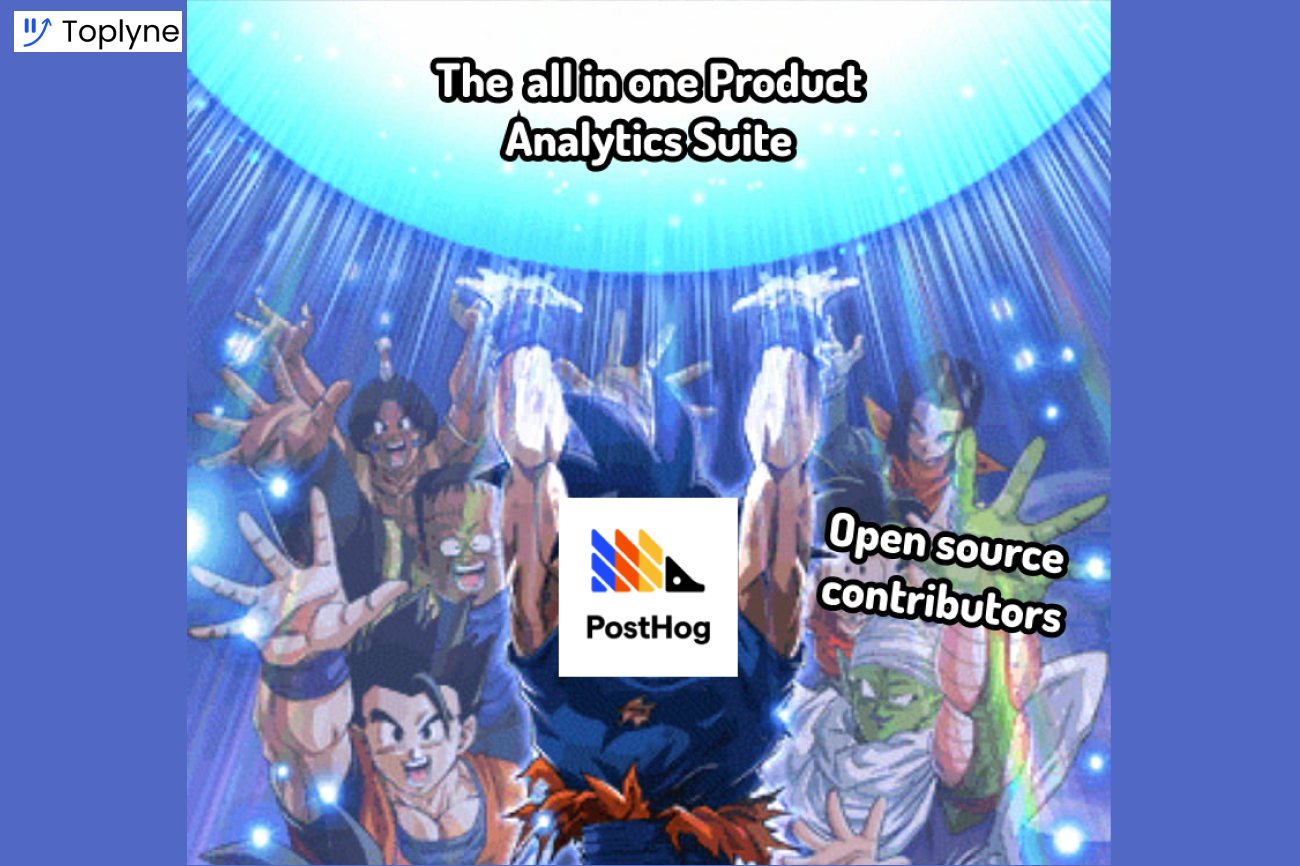 1-2-3 growth framework, the power of self serve and other GTM strategies powering the open source product analytics rocketship - Posthog

The Ford Model T: The most influential car of the 20th century, and perhaps the most iconic. Lovingly referred to as the “Tin Lizzie”, the Model T was also the first automobile that the American middle-class could realistically afford. Back in the early 1920s, the Model T became a symbol of the United States’ race to an age of modernization. But powering this mass transformation at scale was a pivotal process tweak back at the Ford factory in Highland Park, Michigan: Henry Ford had just begun measuring things.

Ford broke down the Model T’s assembly into 84 discrete steps. He then timed each of these 84 steps, identified bottlenecks, and continuously optimized them until production times went down from more than 12 hours to 1 hour and 33 minutes.

Over the next century, computers would evolve to become decision-making support systems, and data warehouses, lakes, and lakehouses would evolve to change the rules of not just automobiles, but anything anyone used to power their lives. But at the heart of it all, the real game-changer was this: measurement.

No one knows this better than the creators of software. A century later, Henry Ford’s spirit lives on through the pioneers of the new age of modernization: developers.

And no one does this better than PostHog.

…was NOT the idea that got James Hawkins and Tim Glaser their $120k YC cheque and the Hogwarts-Esque letter (email) to the Winter 2019 batch. Hiberly, a developer tool that would make tech debt disappear was #5 in a long list of 6 pivots that the ex-enterprise salesman and his R&D friend (respectively) took in their run-up to Posthog. When the tool that was earmarked to unleash developer productivity - arguably the most valuable resource in the world, was offered $10/mo/seat, our founders realized that it was time to look for greener pastures.

Open source product analytics was added to the list of new ideas because of personal peeves and was later validated at a failed tech-debt demo discussion with the founder of Sentry. What followed was an MVP spun up in 3 weeks, rapid discovery discussions, and a first page Hackernews launch which led to 100+ product sign ups and 800+ github stars - Posthog had arrived ⭐️

The open-source tool that could be self-hosted and could automatically capture all the clicks and pageviews (to be cataloged later) got the attention of data-sensitive developers and enterprise executives on the lookout for red tape friendly on-premise solutions 💰.

Today, Posthog is a developer-first product analytics suite that includes:

The ‘open-core’ product is available on the cloud and also for self-deployment, and in just 2 years is used by 10k+ customers across the globe raising $27M+ from marquee investors including Y-Combinator and Google. How did they grow so fast? Let’s find out 🚀🚀

“Get developers and technical product managers to use PostHog”

In true PLG meets open-source fashion, organic acquisition (97% 🤯) and word of mouth became priority channels for driving high-quality sign ups and this was fueled by -

Posthog creates high-quality content broadly divided as SEO-focused, brand-focused, and documentation-focused. SEO and brand fetch eyeballs while documentation efforts ensure that the open-source crowd is well equipped to derive value and contribute value to the product. Content is delivered through the blog and also via bi-weekly mailers and product launch announcements.

A mixture of commercial (podcasts and newsletters), open-source projects and charitable sponsorship helps Posthog hyper-target their audience and also signal their commitment toward the open-source mission ✊🏻

Posthog hosts 3-4 hour meet-ups by the name of ‘Host’hogs where 20-30 product engineers, tech leads, and technical product managers get together to discuss industry best practices and exchange feedback about the tool and its roadmap.

These marketing activities have been very successful in grabbing eyeballs amongst developers and in building contributors. The next task? driving bottom adoption for monetization…

The 1-2-3 framework is a GTM strategy popularized by ex-CEO of Heroku, Adam Gross that divides the product into 3 distinct sub-products with dedicated go-to-market processes.

Product 1 caters to an individual and aims to improve adoption.

Product 2 caters to a team and is built around collaboration.

Finally, Product 3 caters to the complexities of running a large business - the red tapes, compliances, handling scale, and user permissions. The 1-2-3 framework goes hand in hand with the product-led growth GTM strategies of freemium, self-serve conversions and sales assist conversions.

Posthog is distributed both as a self-hosting software and also as a hosted cloud service (SaaS). The self-hosted model follows an “Open Core business model” which monetizes paid features that are “source available” - translated from OSS lingo as limited permissions on deployment. Across self-hosted and cloud, the paid features are further tiered basing the 1-2-3 framework as teams and enterprises.

Posthog’s GTM activities/ roles are distributed basis this framework as:

A combination of Developer Experience, Customer Success, and Enterprise sales are tasked with bringing home the greens for Posthog… how do they do this?

💰 Show me the money

In a blog article titled “New objective: nail self serve”, the Posthog team emphasizes the importance of self-serve conversions. Coupled with transparent pricing, developer relations-driven documentation, and onboarding experience, the user is empowered to purchase, deploy, explore and upgrade their license (for self-hosting)/ or their account (for Cloud).

In an unprecedented initiative, even the enterprise offerings have an option to be set up without human intervention.

Custom requirements at an enterprise are handled through high-touch engagements. These discussions are handled by the customer success + sales team and are supported by engineers in the event of solutions architecture requirements. A dedicated YC onboarding program is an initiative that stands out.

Both self-serve and hands-on pipelines are tracked on Hubspot and are supported by sales ops.

In a goal-driven roadmap that started with open source community PMF and later the Scale plan PMF, the next checkpoint for PostHog is to nail self-serve and also to close more B2C customers. The business roadmap also includes scalability and experimentation - another important addition to the product analytics suite. With a laser-focused roadmap, gold standard execution, and a growing community of open source contributors, we believe that PostHog and the open-source approach to product analytics are going to give the incumbents a run for their money and are super excited to see the next phase of growth 🤩