A "PLG CRM" is NOT going to solve your monetization woes. What is? Getting to the right user, through the right channel at the right time - timely product nudges and a magical sales-assist experience 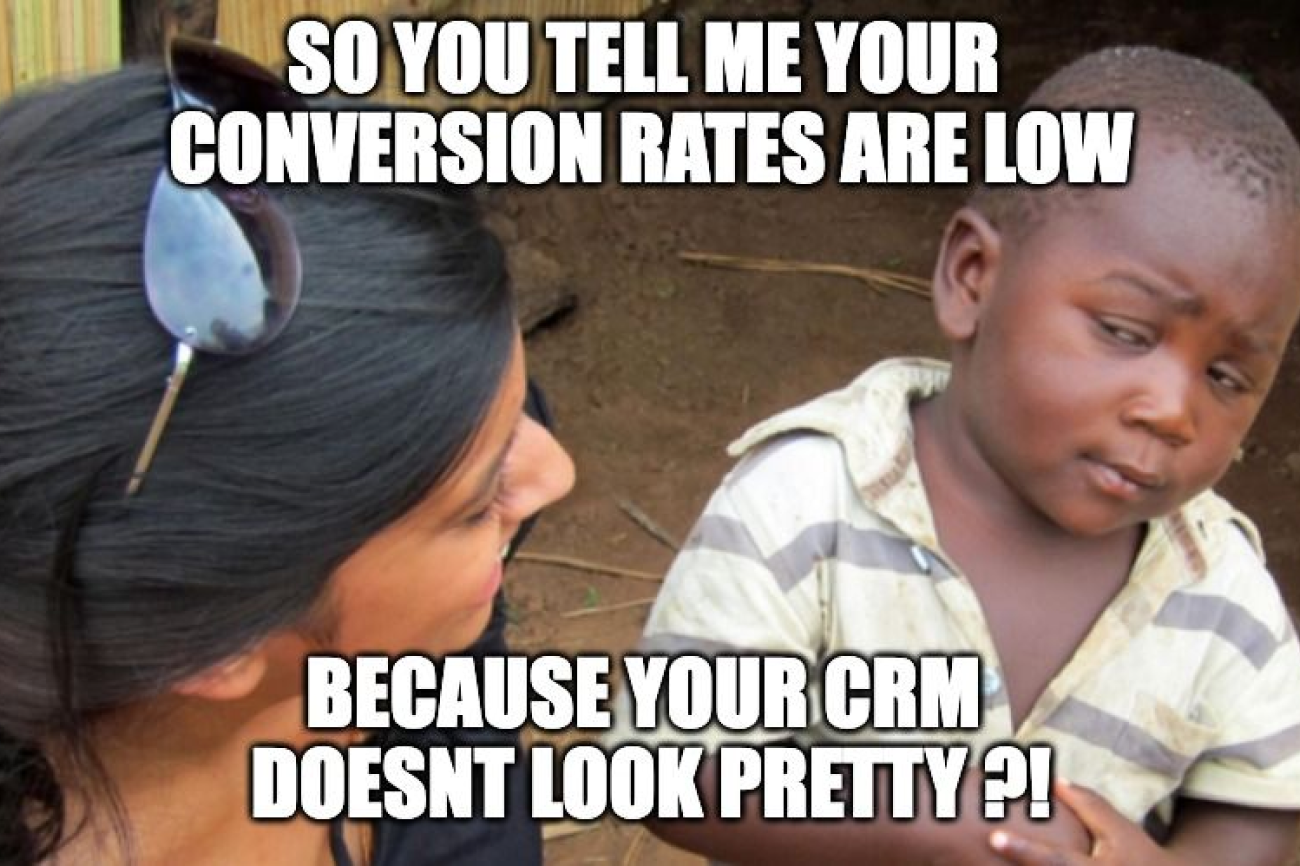 A "PLG CRM" is NOT going to solve your monetization woes. What is? Getting to the right user, through the right channel at the right time - timely product nudges and a magical sales-assist experience

If you're a PLG company struggling with monetization and you think a "PLG CRM" is going to turn the tide... boy do we have some bad news for you 😬

SaaS multiples are at all-time lows. Funding markets are drying up. ARR is back in vogue. You need your free users to convert to paid plans. And you need it to happen YESTERDAY!

And while tinkering around in the pretty UI of a "PLG CRM" might make you feel warm and cozy, your competitors are racing ahead using off-the-shelf traditional CRMs (read Salesforce) and spending the same time on rapidly experimenting and iterating with smarter conversion strategies and channels instead.

It's not the CRM that matters. It's which leads go into it and why 💡

But we're jumping way ahead of ourselves. So let's overcorrect and dial it all the way back to the 1940s 🗓

📜 A story of survivorship bias

It's World War II. The Allies are losing hundreds of fighter jets to enemy fire over Germany. On analyzing returning planes, an interesting pattern is observed. Most planes are being exclusively shot on the wingtips, central body, and elevators. The Pareto is astonishing, and the answer is glaringly obvious.

Reinforce the wingtips, central body and elevators and all our problems go away

But a contrarian statistician named Abraham Wald argues otherwise. He argues that the Navy should reinforce the armor of the planes’ noses, engines, and mid-body - all the regions where there are no bullet holes!? But why would he suggest that when the planes are taking more damage to the wingtips, central body, and elevators? Because in reality, they aren't. The planes getting shot in the nose area, engines and mid-body are being destroyed from the damage and aren't even making it back to be analyzed.

The Navy was reacting to the symptoms, as though they were the disease.

So why take you through this long example seemingly unrelated to the world of product-led growth (PLG)? Well... history has an odd way of repeating itself in the most unexpected of circumstances.

But most PLG companies have a deep dark secret 🤫

Monetization is the epicenter of every burning discussion in PLG board meetings. Companies need conversion rates to improve, and they need it to happen yesterday.

And just as this plague hits fever pitch in March 2022, with SaaS multiples crashing and a looming funding winter, a new category of tooling has begun making its way to up the social feed, into the inboxes, and onto the google search results list of every PLG company. Lo and behold, the "PLG CRM". The hypothesis?

So what does this new CRM look like? We looked at all the website descriptions, product walkthroughs, and blog posts from PLG CRM companies. Here's a McKinsey-esque three-point summary on what's on offer 😉

The hypothesis is arguably intriguing, right? Why wouldn't it be? Anyone would love a CRM which does these things - ourselves included! Too bad it's misdirected. While we agree with the observation, we strongly disagree with the solution to the problem.

While traditional CRMs bear the bullet holes of the PLG go-to-market motion, they are infact where companies are able to take most damage without being destroyed.

Traditional CRMs are the innocent bystanders being held guilty for being at the scene of the crime.

Don't believe it? Just look at the billions of dollars of ARR that has been created by PLG teams using Salesforce 👇🏻

So why does Salesforce work for these companies contrary to the "PLG CRM" thesis? Well, the best PLG companies sync product usage data right into Salesforce. Here's how Figma did it:

"In my opinion, Salesforce is the only CRM that really makes sense if you think that you’re going to get to hyper-scale and growth. So we started structuring our CRM instance around the product data that we had" - Kyle Parrish, VP-Sales, Figma

Most importantly, a PLG salesperson is no different than salespeople at other SaaS companies. In fact, most of Figma's salespeople are ex-Salesforce 😅 These are folks who've spent the better half of their professional careers inside the admittedly drab yet functional world of traditional CRMs. Their job is to ruthlessly hit ARR quotas, not learn new software. Good luck getting them into the change management nightmare that comes with a new CRM 😉

So, your CRM software can't be holding up your company's growth. But something is, right? 🤨 Absolutely!

🦠 The disease... PLG's needle in the haystack problem

While it's true that PLG has opened the flood gates at the top of the funnel, finding users who are willing to move from free to paid plans is harder than its ever been. In the sales and marketing-led world of decades past, potential customers used to come to SaaS companies with the sole intention to buy. "Buyer intent" was a given.

But in the freemium, try-before-you-buy world of PLG, a majority of users (95%+ in most cases) have no real intent to buy premium plans. The free product meets their needs ️🤷🏻‍♂️

Which makes finding conversions feel like finding a needle in the haystack.

But all is not lost! SaaS is a science, and there are a few time tested strategies PLG companies can experiment with to improve conversion rates:

But, this comes with an inherent risk and the need for a nuanced approach. Reaching out to the wrong user through the wrong channel at the wrong time can be disastrous for the user's experience.

So, what do the best get right, that the rest do not? They find answers to three deceptively simple questions:

So, how does one find answers? Well, SaaS is a science! And the answers to the validity of any scientific hypothesis lies in experimentation 🧪

As companies explore these GTM channels, the task of experimentation, iteration, and roll-out falls on growth teams - not sales, not marketing, but growth. This is the team that owns the user funnel, defines the rules of engagement (where can sales, marketing & product step into a users journey), and the team which ultimately owns the targets for conversion rates increasing 🎯

Starting in FY21 Q4, Growth section will take a more focused approach to work on the highest ROI growth opportunities for the business - and the first focus area we've chosen is the new customer free to paid SaaS conversion rate. - A snippet from Gitlab's growth team landing page describing their top focus area

Across growth teams two common themes recur. The mention of experimentation as a means of action and conversion rates as the north star metric!

But experiments are easier said than done. Imagine the nightmare of running and A/B testing 10s or 100s of GTM experiments at any point in time. And identifying conversion opportunities is no easier. It requires crunching through copious quantities of product-usage data to identify the strongest buyer intent signals.

Creating the infrastructure and plumbing to support these experiments, followed by rapidly A/B testing and operationalizing the most repeatable growth strategies is a herculean task that requires growth teams to pull cross-functional favors across engineering, data science, and sales. This is a lose-lose scenario for all:

The combination of an exploding top of funnel and growth teams flying blind results in a lot of potential conversions slipping through the fingers of sales and revenue teams.

There has to be a better way.

Toplyne transforms growth teams from frustrated, hand-tied, prisoners of cross-functional collaboration to agents of change with the power to move metrics at will

Now that's quite a promise! So let's unpack it a bit.

What you can do with Toplyne?

Here's how some of the best PLG growth teams (Canva, Gather.town, and a few more 😉) are using Topylne.

Step 1: Figuring out who's going to convert

We're a data science first product built backward from the goal of increasing conversions and upgrades. And don't worry, we know what you're thinking. These aren't basic regression models masquerading as "machine learning" 😅

When product usage data explodes to the 10s billions of clickstream events, basic regression techniques don't just underperform but FAIL. Here's what we do instead:

But the proof of the model is in the pudding 💯

Toplyne's intent models can identify 50%+ of your conversions by limiting your search to just the top 1-2% of your highest intent users! (And 90%+ in just 10%)

But of course, nothing explains it better than a meme:

Step 2: Experiment with your GTM channels

Once you've identified users most likely to convert, Toplyne allows you to rapidly experiment with multiple users and accounts segments, channels, and playbooks.

Want your sales team to focus on high-value (whale) accounts? Toplyne allows you to sync leads and product-usage information about them straight into Salesforce, Hubspot, Pipedrive, and other CRMs

Want to convert high intent users organically through a popup paywall? Toplyne exposes an intent API that your product can ping live to take decisions.

Want to experiment with multiple channels? Toplyne supports A/B testing and control group suppression right out of the box. Just tell us the parameters of your test and we'll make it happen.

Push the most repeatable growth strategies live and track their performance. Why has sales performance been dropping? Have in-product organic conversions increased over the last 7 days? Toplyne helps you get to the answers.

Will setting up Toplyne eat up a lot of my time?

5 minutes worth. No joke.

We just need you to perform an SSO login (or provide us an API key) into your product analytics application - Amplitude, Mixpanel, Segment, Snowflake, BigQuery, etc. We handle the rest. Why should that be on you?

Well prior to our lives as founders, we were venture capital investors. And we fell in love with SaaS and more importantly PLG companies. Software is by far the strongest force for change in the world today, and PLG companies democratize this force.

AWS for servers. Stripe for payments. Figma for design. Snowflake for data warehousing. Amplitude for analytics. Today, those 17 yo blue-eyed developers in college dorms have (nearly free) access to the same stack as the largest corporations.

That's powerful! And we wanted to help in whatever way we could. However, as we got closer to PLG companies we noticed a dichotomy between the maturity of their products and the relative infancy of their go-to-market motion.

The most important components of the go-to-market funnel operated like an orchestra without a conductor. The enterprise sales trumpet is out of sync with the sales-assist cello and the self-serve percussion is on a whole different scale. The orchestra is tone-deaf to the densely packed intent signals in the claps and boos from different sections of the audience. With Toplyne, we want to empower growth teams to pick up the baton, take their place in the spotlight and turn cacophony into melody 🎶 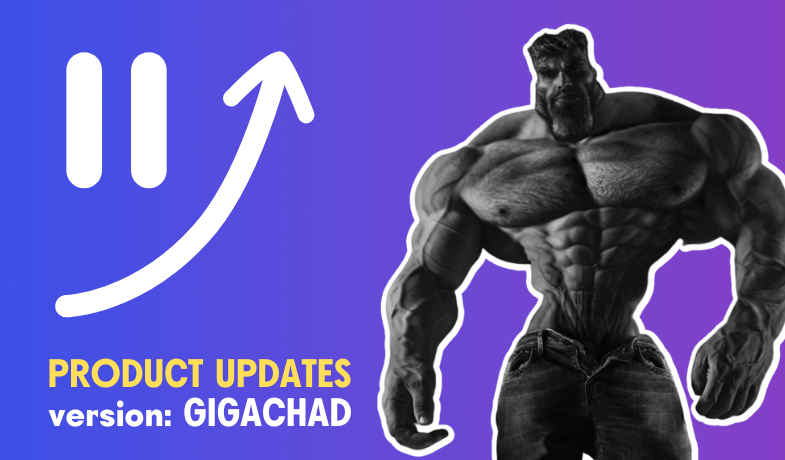 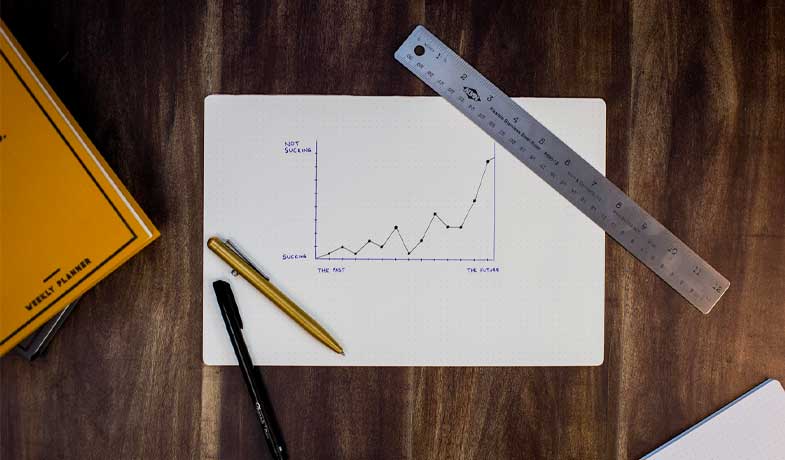 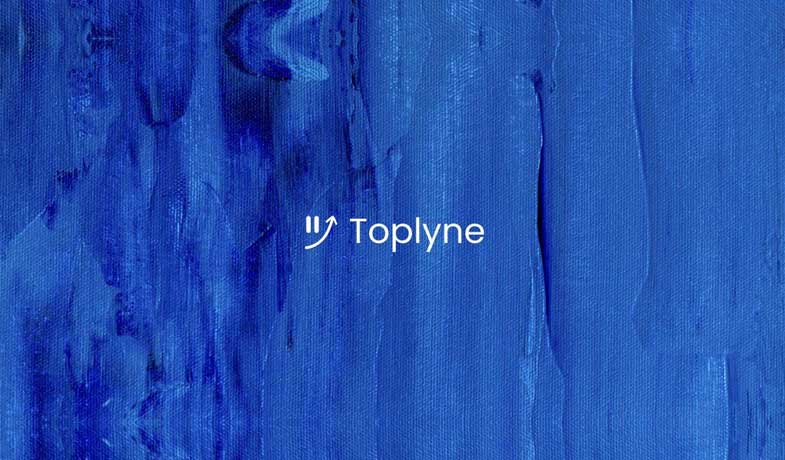