How Postman captured the narrative on APIs, built a 15M user community, and is building enterprise sales to supercharge monetization 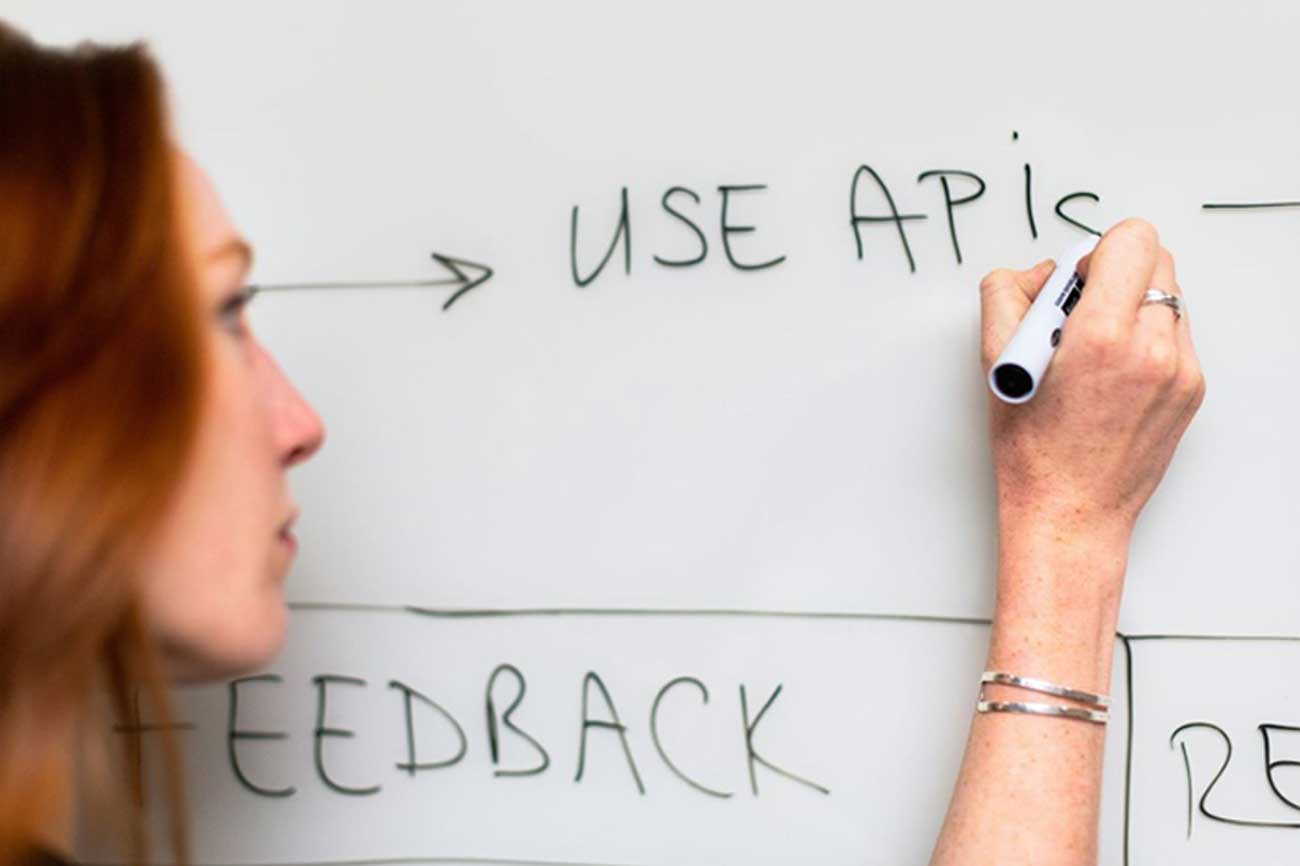 How Postman captured the narrative on APIs, built a 15M user community, and is building enterprise sales to supercharge monetization

The year was 2000. It had been 38 days since the turn of the millennium and the Y2K scare. At a crowded event themed around “The End of Software” at San Francisco’s Regency Theater, with 1,500 attendees and a concert with The B-52s, an exciting young startup named salesforce.com officially launched its product, and with it the world’s first commercial API. The following decade saw the consumer move from desktop to mobile, architecture develop from monolith-based to microservices, and infrastructure shift from on-premise to the cloud, in the process changing development from API-last to API-first.

12 years later and over 8,000 miles away in India, a young Abhinav Asthana's chrome app Postman got featured on the Google Chrome store - a simple browser plugin that tested APIs without the need for customized scripts. The sheer volume of inbound interest presented Abhinav and ex-colleagues Ankit Sobti and Abhijit Kane a huge gap in how companies handled their APIs. What followed was the rapid evolution of the simple testing tool to become the Postman API platform - a one-stop solution for the entire API development cycle. Fast forward to 2021, Postman has grown to be one of the most beloved developer platforms in the world, growing to over 15M users and a dizzying valuation of over $5.6B (raising a massive $225M series D). The following is the growth story of what we consider to be one of the most special companies to be built out of the technology hub of Bangalore, India!

The power of storytelling 💭

Before we explore how Postman scaled, it's important to understand why it was Postman and not any other company that took center stage in the API economy. The answer is simple - consistency in storytelling! Abhinav Asthana’s decade-old thesis on how APIs are fundamentally changing our world has not only been proven true but has gone above and beyond its original scope. Some of the most interesting software companies in the world today are “API-first” - Twilio, Stripe, Plaid, etc.

"We framed our two core hypotheses around the product. The first, the world is shifting from code-first to API-first development, where every piece of software is going to be an API or be using APIs. The second, the way people collaborate on APIs is also going to fundamentally change." - Abhinav Asthana

Postman has been consistent in communicating and owning this narrative and worldview with its users and customers over the last decade. This reminds us of an inspiring talk by Sir Michael Moritz on the role of storytelling in a startup's success. The team at Postman is a shining example of this aspect of company building!

One of the tell-tale signs of a special PLG company is when it becomes the default within its market - Zoom with video communications, Github with version control, and Postman with API testing! While most PLG companies thrive on internal network effects within teams and organizations, this special subset of companies who achieve default status often showcase external network effects - beyond immediate teams and organizations. For example, when someone shares a Zoom link or Calendly URL outside their organization, Zoom and Calendly get access to a whole new set of customers beyond the bounds of the original customer's organization.

With Postman, this characteristic takes the shape of two features:

A Postman Collection is a group of individual API calls that can be organized into a shareable folder. Collections also serve the purpose of documentation and are accompanied by detailed descriptions, test scripts, and mocks that work specifically with that API. Think of them as an expressive folder that contains details on the use case for any particular API, how it works, and the mechanisms to test and debug it. These features make collections a perfect medium not only for developers collaborating on APIs within organizations but also for collaboration beyond party lines.

Collections are so popular that most of the largest technology companies use Postman collections as a means of sharing API documentation with their customers and partners. It is not uncommon for these companies to embed a Run in Postman button on their developer web pages. The Run in Postman button initiates the download of a Postman Collection automatically when the button is clicked. For example, any new developer trying to build with the Okta API would need to download Postman.

Over the last 5 years, as APIs become the building blocks for modern software, and developers increasingly relied on external APIs to build their own proprietary software, Postman’s Collections and Run in Postman features were perfectly suited to exploit these external network effects.

Building in public along with community 👥

One cannot discuss the growth of Postman without talking about the role of community building in helping them get there. After all, the chrome plugin that marked the birth of Postman was introduced to the world as a StackOverflow reply - a lightweight tool that Abhinav thought might help developers test and debug APIs in a much more productive manner. Abhinav states that alongside the design principle of keeping it simple, a core aspect of Postman’s development strategy was to embrace the community.

"Postman is running developer relations and marketing in a programmatic way, making sure that we do database marketing, leveraging the marketing machinery to communicate to our users" - Nick Tran (Ex - VP Marketing & Developer relations) on merging the two functions

In solving a core issue for the developer, Postman made it a point to collaborate with early adopters and obsessed with product reviews and feedback. One of the earliest things Joyce Lin (Head of developer relations @ Postman) was tasked with was to create a public roadmap (on Trello) of all the new development priorities of the organization. Interested users could keep a tab on release dates, share feedback and request early canary builds!

"Ankit, Abhijit, and I have always been deeply involved with nurturing our community, not only answering questions and gathering feedback, but building long-term relationships with our users" - Abhinav Asthana

Postman has since invested significantly in nurturing communities of users on StackOverflow, GitHub, Twitter, and Reddit. Postman’s issue tracker on GitHub is still the biggest source for feature requests with 1361 closed requests and an astounding 9287 StackOverflow questions tagged to Postman (as of when we wrote this article) is indicative of the organic discussions that postman’s community engages in. Postman enabled its power users to actively create and distribute content on channels like Youtube and Twitch, and a very responsive Twitter channel and an active discourse community further ensured that the user was heard and engaged.

There's no better sign to start monetizing than when customers send unsolicited cheques your way. And that's exactly what happened with Postman! A $500 cheque from a customer in Seattle marked the first official revenue recognized by the company, and a clear sign to turn on the taps on self-serve monetization. Over the last few years, Postman has launched two self-serve paid plans: Team to enable collaboration and Business to enable workflow management, SSO, and roles & permissions.

However, it's the next few years that are going to see Postman go deep on cross-selling their Enterprise offering. Postman's 15M users span over 500,000 unique organizations including 98% of the Fortune 500! However, as all PLG stalwarts before it (Stripe, Slack, Shopify), Postman recognizes that enterprise contracts need sales teams and the company has been aggressively building its sales muscle over the last year! From close to zero sales team members just over a year ago, the team has grown to between 15-20 AEs across mid-market, enterprise, and strategic accounts.

Postman has the unique opportunity to grow past its initial market mold of serving software developers into adjacencies - like salespeople, marketers, customer success, training, amongst others. The likes of Lucid and Rocketium already use Postman at the heart of their sales processes! We're excited to learn and draw inspiration from the Postman team as they go about building for what looks to be a larger and larger market! 🚀

Postman has the opportunity to do something very similar by growing the world's developer population.

The world is desperately in the need of more software developers. Technology companies account for over 20% of global public market capitalization, but the software that runs these businesses is written by just 30 million developers! That’s less than 0.4% of the global population. Imagine a world where a larger proportion of people know how to code and build large-scale systems. APIs are a key ingredient to make that world a reality! This affords Postman the unique opportunity to leverage its wide distribution to grow the world’s developer base!

"Our vision is that Postman is going to help create net new developers in the world" - Abhinav Asthana, Founder & CEO, Postman

As big believers in the power of code to augment productivity, uplift populations, and benefit humanity, we’re super excited by Postman’s grand vision and we’re rooting for the team to succeed! 🙌🏻