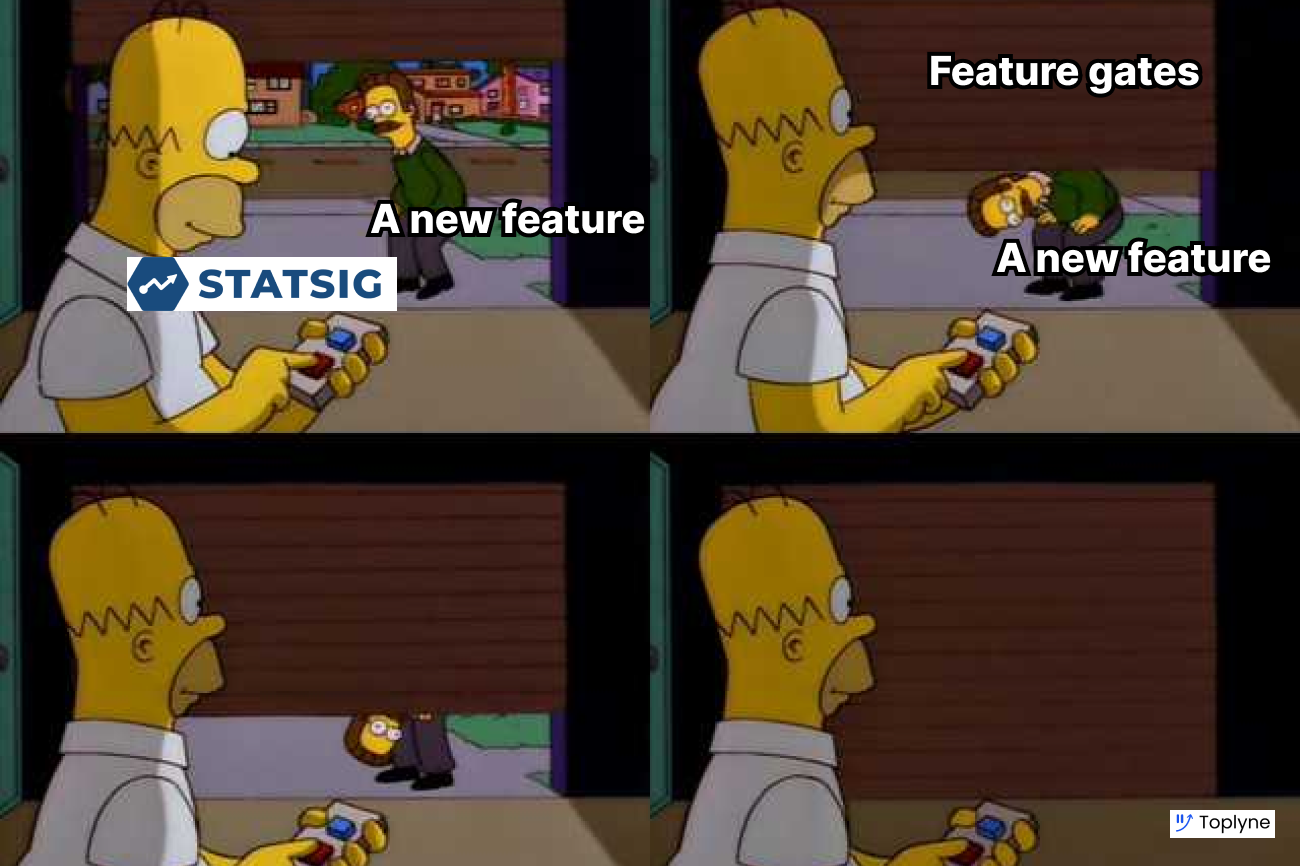 Lift the curtain, and 'The State' reveals itself as a little group of fallible men in Whitehall, making guesses about the future, influenced by political and partisan prejudices

—Quipped a British Politician a few decades ago, pointing at the inherent fallacies in the decision-making of Downing Street's top elected executives.

To counter much of the guesswork that he talked about, Researchers in science and policymaking have long resorted to a variety of experiments—also known as randomized controlled trials—designed to test the impact of their hypotheses.

The idea is simple: Test something in a small, controlled manner before investing resources in rolling it out on a larger scale.

In the 1880s, philosopher Charles Beatrice introduced this idea into psychological experiments, and in the 1900s, sociologists took this idea one step further: out of a laboratory setting and into the community. Interventions were carried out on a smaller scale to test the impact and benefit of ideas such as universal healthcare, progressive taxation, and state welfare-to-work before their enactment.

This helped policymakers collect evidence to advance the rational component in policymaking, unsullied by personal or political interests.

Today this once esoteric idea of academia has gone mainstream, thanks to Big Tech.

Famously called A/B testing—big tech's version of the—randomized control trial; makes us all the unwitting participants of many such experiments daily.

If you've looked something up on Google, opened an email, or watched a YouTube video, chances are you've been part of the ubiquitous experiments run across the internet.

Whether testing one web-page layout against another or measuring clicks on a blue-vs-yellow color CTA, no tech company worth its salt (or share price) will roll out a significant change without testing the waters first.

Making this power of high-quality experimentation available to product teams worldwide is a former Facebook executive, Vijaye Raji, and his brainchild: Statsig.

A lot of what Statsig stands for is an amalgamation of the rich and varied experience Vijaye amassed in his two-decade-long total stint at Facebook and Microsoft.

In 2011, Vijaye quit Microsoft after ten years to join the then-fledgling-startup, Facebook. He started as a Software Engineer and was later promoted to Head of engineering. While there, he built several products from scratch, including Facebook's Messenger for Windows, Neko (Mobile App Install Ads), and the legendary Facebook Marketplace.

Not one to rest on his laurels, Vijaye was keen to expand his scope of work. He left the very envious position as Head of Engineering to start a new, albeit smaller, unit within Facebook.

As the Head of Facebook Gaming, Vijaye worked closely with product managers, UX researchers, product designers, data scientists, and content strategists and gathered the same experience and know-how he'd need to one day be able to venture out on his own.

With the right experience, an idea that he just had to get behind, and enough financial security to take a calculated risk, Vijaye founded Statsig.

Statsig allows companies with quick testing capabilities to run rapid experiments and analyze user behavior against the impact on business metrics, guiding product teams to build and ship the right features for their customers.

The idea's genesis lies in Vijaye's firm conviction that A/B testing is the secret sauce that enabled his success at Facebook.

A/B testing applications like Gatekeeper, Quick Experiments, and Deltoid were successfully built internally at Facebook. Vijaye spotted an opportunity to rebuild these capabilities from scratch to allow leaner product teams to harness the power of quick testing and be just as successful.

Smaller companies struggle to understand how a product or feature drives their business goals. For most product teams, it is nearly impossible to quantify the impact of a product iteration on core business metrics like growth, engagement, or retention.

On a mission to "help people use data to build better products," Statsig is democratizing the superpower that has unlocked unparalleled growth at companies such as Facebook, Amazon, and Netflix.

An engineer extraordinaire at Facebook, Vijaye picked up funds in a series A round in 2021 and most recently a $43Mn Series B in April this year, owing to both this stellar track record and the product's rapid adoption.

Currently at ~31 employees and a seven-figure revenue (north of $1Mn in just five months); Statsig clientele boasts of companies such as Brex, Headspace, Notion, Rec Room, TelevisaUnivision, and Whatnot that use the product to reach millions of end users monthly.

The NPS among early adopters is soaring 🙌🏼

🌁 Feature Gates allows you to control releases for any front-end or back-end functionality within minutes, with a simple on/off switch.

💥 Dynamic Configs let you dynamically control your application's behavior in real-time without having to deploy new code.

🧪 With Experiments, you can run multivariate randomized controlled trials (A/B tests) to evaluate feature iterations and their impact with minimal effort.

🎻 With Autotune, you let Statsig figure out the optimal configuration to drive your business goal: improve conversion rate, reduce bounce rate, and optimize your landing page.

💯 Metrics automatically compute the impact of each feature on every business metric you care about.

These individual functionalities coalesce to supercharge a company's product development. Anyone with an idea: designers, developers, PMs, or even an intern can run rapid tests, iterate, measure business impact, and ship features in a decentralized way, thus accelerating radical product innovation.

By beating its incumbents by not just allowing quick experimentation but also answering the elusive question:

"But, wait, is this feature really moving the needle for our business?"

—Statsig is slowly garnering an army of supporters worldwide among developers and product teams.

So, what are they getting right? Let's dig deeper. 👇🏼

Product-led all the way 🎯

Statsig allows growth and product teams to rely on the product to drive business goals by investing in robust product data and making innovation easier with rapid experimentation and analysis.

Walking the talk, Statsig itself has embedded viral loops allowing the product to lead to discovery and adoption.

A simple onboarding form that captures your email, name, and company details leads you immediately to the product dashboard. To maneuver around the operational and regulatory friction and to demonstrate value upfront, Statsig has a Demo account that lets product folks see the tool-in-action before taking the effort to plug in their product.

Oh, and every time someone with the same domain signs up, they immediately join the same workspace as you.

Pricing for all pockets and use-cases 🤩

Freemium Trial 🆓
Free for all, up to 5 million events per calendar month. Statsig records an event when your application calls the Statsig SDK to check whether a user should be exposed to a feature gate or experiment, to log an event for a custom metric, or to check a dynamic config.

Pay-per-usage pricing ⤴️
If you or your team exceeds the free events limit, you start to accrue a charge at the on-demand rate with in-built volume discounts.

Statisg's pricing is usage-based, and the rate declines as the volume increases, which means the more you use, the lower the rate per event.

A transparent pricing strategy, with in-built flexibility and discounts, makes it easy for developers, designers, startup founders, growth professionals, and PMs to juice everything that Statsig has to offer before they decide it's worth paying up. 💰‍

An on-page pricing calculator to help individuals/teams assess potential costs before taking the leap of faith and hopping on a call with the Statsig team. By setting the right expectation from the get-go, Statsig can transparently nurture high-intent potential customers.

Taking a leaf or two from Stripe's playbook, the majority of Statsig's adoption comes from developers and engineers downloading it and using it to serve a few million people a month with unprecedented ease. The onboarding process is a breezy two-step process, and the documentation is clear and concise.

By solving the core problem that developers and product teams face: the ability to perform rapid tests to validate their hypotheses and make data-driven feature shipping decisions, Statsig was able to amass an army of early adopters who absolutely LOVED the product.

Statsig's free-for-all slack community has 1000+ members, all of whom are ardent supporters and users of the product.
The Statsig slack community drives org-level objectives, including:

The GTM road ahead 💹

Vijaye, self-admittedly isn’t great at sales or marketing. In a candid interview, he confesses that while he spent the last two decades learning A LOT about product, engineering, design, and research; he was clueless about selling.

In a sales meeting, he hit a wall and made every error while pitching, to the extent that the client stopped him halfway and recommended he read the book “The Mom Test: How to talk to customers” so he could learn a thing or two about how to sell.

Sam Maher (previously leading Sales at Segment) was hired in Feb’22 as the Director of Sales. They are also on the hunt for a Marketing Lead, responsible for crafting a category-defining brand and marketing strategy.

In April 2022, just seven months after their first round, Statsig picked up a whopping $43Mn in Series B led by Sequoia Capital and Madrona Ventures.

Rockstars in tech are long on Statsig, and so are we👇🏼