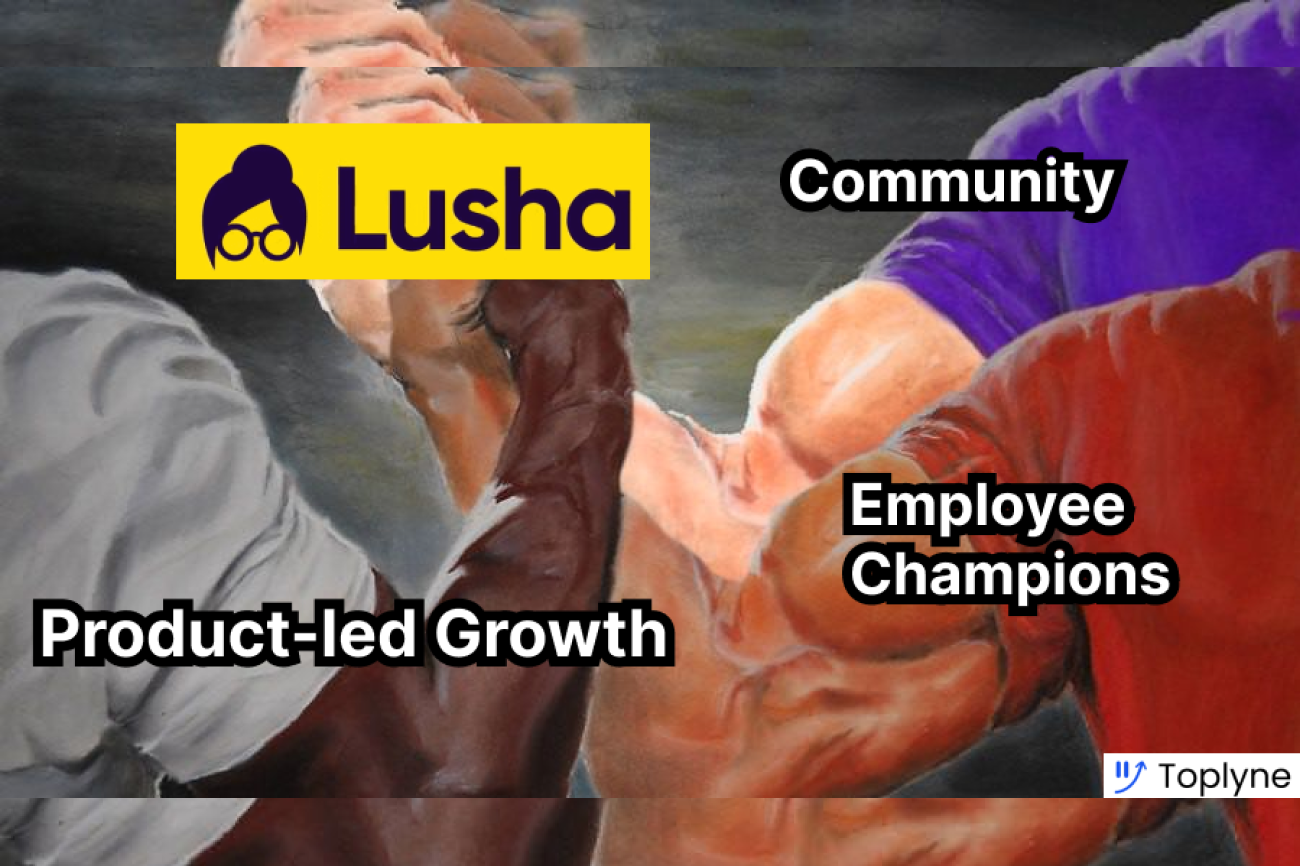 Sales has been around since we were bartering as cavemen hunter-gatherers. Until the Lydians invented money all the way back in 700BCE, the art of selling depended on what you wanted to buy in return. It wasn't until the 1700s, when Ben Franklin founded an insurance company, that Sales as a profession really started to take shape. The insurance industry synthesized the roles of "hunters" and "farmers" in Sales.

There are many reasons to despise rattlesnake venom, but if you are a salesperson, here's one more: Sales' reputation really took a hit in the late 1800s when from among railroad workers, an increasing number of snake-oil salesmen began to emerge. They were selling rattlesnake venom advertised as a magical healing potion. The jig was up by the early 1900s, but the damage had been done.

Along came Thomas J. Watson and IBM with their renewed approach to selling that included Sales training programs and innovative commission structures. Dale Carnegie's How to Win Friends and Influence People crystallized Sales as a repeatable, scientific process. The advent of SPIN (Situation, Problem, Implication, and Need-Payoff) and Solution-selling pioneered prospecting.

You would think that centuries of innovation and the onset of the information age would have made the job more efficient than ever before. In reality, Salespeople today spend around 65% of their workday on admin work, identifying potential customers (sometimes chasing the wrong leads), and collecting data. They're only truly selling around one-third of the time.

Two entrepreneurs from Tel Aviv - Yoni Tserruya and Assaf Eisenstein believe that the solution to this is clear: the more accurate data Salespeople have, the more they can invest their time in actual sales.

Meet Lusha. Their brainchild, and the flag-bearer for super-targeted prospecting.

The stars align in Tel Aviv ✨

Lusha's story is rooted in serendipity. The stars aligned in 2016 to bring together two founders from two very different worlds: Yoni Tserruya, an iOS developer from the B2C world of AT&T crossed paths with Assaf Eisenstein, an HR tech creator who understood the B2B world better.

Assaf, who only wanted data from Yoni at the time, was quick to point out that Yoni was onto something with his side-project at the time, and if he were to build it out as an extension, it could address a real problem that many professional recruiters faced - finding business contact details. The seed that was planted in their first meeting quickly took roots, and when the duo met two weeks later, they decided that Yoni's background in tech and the consumer space combined with Assaf's business and B2B acumen, could bring the idea to life.

The duo picked a domain that Assaf had owned at the time dedicated to his daughter's nickname "Lusha", and over the next two months brought to life the first ever version of something that Salespeople, Marketers, and Recruiters love and adore today.

Although originally released as a tool for recruiters, Lusha quickly spread through word-of-mouth to salespeople, where it found a very tight product-market fit. Yoni and Assaf found that their tool was especially useful in the world of Sales, where the commonplace approach at the time was 'spray and pray'. They found themselves riding the waves of two important trends emerging at the time: a transformation to data-backed approaches across industries, and importantly, the rapid adoption of product-led growth in the B2B marketplace.

Today, Lusha is a unicorn valued at $1.5B post their $205 million Series B round back in November 2021, led by growth equity firm Providence Strategic Growth (PSG) with participation from ION Crossover Partners. This round of funding for the B2B crowdsourced data platform arrives on the back of a growth rate that tripled after their first-ever fundraising round of $40M back in February 2021.

For four and a half years prior to their first round of funding, the Lusha revolution in prospecting for sales, marketing, and recruiting took shape and caught fire while fully bootstrapped. The secret sauce?

Three words, and no prizes for guessing: Product-led growth.

"The world is changing in a way that 75% of people expect to self educate before they want to talk to sales or before they buy." - Yoni Tserruya, CEO

Yoni and Assaf caught the tailwinds of the product-led wave in the B2B space and quickly gained momentum among recruiters, salespeople, and marketing professionals. Despite entering a crowded market with stiff competition from the likes of Zoominfo, LinkedIn Sales Navigator, Clearbit, and others, the founders were able to differentiate Lusha in two key ways:

The ability for businesses to start using Lusha for free, without talking to a sales rep combined with a powerful value proposition in accuracy enabled a rapid pace of growth for the "Waze for salespeople."

“Lusha’s core contact information database is one of the most comprehensive and accurate in the industry and solves a critical pain point in the B2B lead generation workflow, particularly in the remote work environment,” said Adam Marcus, Managing Director at PSG

Lusha's PLG flywheel of strong word-of-mouth drivers and network effects within teams took Lusha to 12,000 paying customers and 500,000+ registered users in just 4.5 years, with $0 in funding.

"One of the resources that all companies have but often fail to tap into is their employees." - Dani Peterman, Social Media Lead at Lusha (also a B2B Marketing & LinkedIn Consultant,  Podcaster, Frenchie owner & BJJ blue belt holder)

Lusha has grown at a rapid pace over the last year - almost doubling in headcount to 220 employees in their Tel Aviv and (recently established) Boston offices. Attracting the best talent during this period of hypergrowth involved going up against the big dogs.

The team created a social media strategy centered around their employees and set up a task force that included thought leaders from every department: CEO, CSO, VPs of Marketing, R&D, Sales, 2PMs, BI analyst, R&D team lead, HRBP, and their Social Media Manager.

Social posts from business handles are only exposed to a fraction of a page’s followers to (1) prevent spamming followers and (2) incentivize businesses to pay for reach. The reverse is true for personal handles. Through systematic content generated through a tracked system, specific to their roles, the task force drove Lusha's visibility and engagement on social media.

The result? Engagement ramped up to 300k+ impressions within 4 months, boosting recruitment drives, and the Lusha brand.

In Mid-2020, Lusha underwent a marketing rebrand and transformed the brand to speak to the end-user, who was more often than not also the buyer. The new look was vibrant, bright, and bold with their employees at the front and center of their business, marketing, and branding. They quickly got rid of the baggage that came with being a B2B brand with a data-heavy offering, and now spoke to the end-user in a clear, simple, and fun way.

Potential customers discovering Lusha wouldn't encounter the next data.com - they'd meet the bespectacled Chief Knowledge Officer (Lusha), and all of their employees speaking directly to them through their website, marketing, and branding material.

Harnessing the power of a community 🔁

Lusha hopes to build the largest community of salespeople in the world. The currently 800k+ strong community is one of Lusha's biggest assets. In a world where business contact details and job titles shift rapidly, Lusha leverages their community to keep their databases up-to-date, and accurate. The community is offered extra credits and access to premium features in exchange for their professional contacts.

The product accesses professional business network contact information such as email headers, signatures, etc. to validate and update the Lusha data sources into one, accurate, and up-to-date business profile, which is then used by the end-user and community members. The end result is Lusha's biggest differentiator, in a crowded market: highly accurate contact details.

Adding Sales to the PLG flywheel: The lollipop method 🍭

Assa Eldar joined the Lusha machine in 2019, as head of Business Development. Today, he leads all things Sales. Both Assa and Yoni agree that one of the biggest challenges the six-year-old company has faced to date has been figuring out how to layer Sales into their product-led growth flywheel. Although the largely bottom-up driven growth results in a large volume of inbound leads for the company, the original framework for conversion lacked structure. Assa's previous experience at a highly structured sales organization was instrumental in setting up the guidelines for inbound SDRs to pass on qualified leads to AEs. These leads are then taken through the journey of demos, discovery calls followed by a free trial, and then conversations about pricing. It took a few restructuring exercises for Lusha to chart out a user journey that connected their self-serve motion to a sales engine. Enterprise deals are navigated using what Assa refers to as "the lollipop method", wherein Lusha credits (or lollipops) are offered to prospects within teams already using their product. The social-proofing helps them land many users within the same team, to then leverage in conversations with the decision-makers.

"At the end of the day, we can come to the managers and say 'Hey, three or four of your guys have lollipops, five of them don't. Let's give lollipops to everyone.'" - Assa Eldar, Head of Sales

The Lusha rocketship clocked an estimated $30M in ARR by the end of 2021.

The next chapter of super-targeted prospecting 📄

“Our primary goal is to give every salesperson, regardless of size or budget, access to the highest quality data at the most affordable price, while championing world-class standards of privacy and compliance," - Assaf Eisenstein, Co-founder and President.

Lusha tripled their growth rate on the back of their two funding rounds and discovered a massive opportunity to surge ahead. The founders have an unwavering commitment to a continued investment in data infrastructure and privacy standards. They insist on ensuring that they are able to provide optimal levels of compliance and security for the 800k+ strong community to get the best out of Lusha.

The who and the when of Sales motions is at the core of what Lusha enables Salespeople to do. The ability to find the right company to reach out to at the right time is crucial to a Sales process. This understanding of a company's lifecycle is largely ignored in B2B Sales today.

Lusha hopes to rewrite that story.