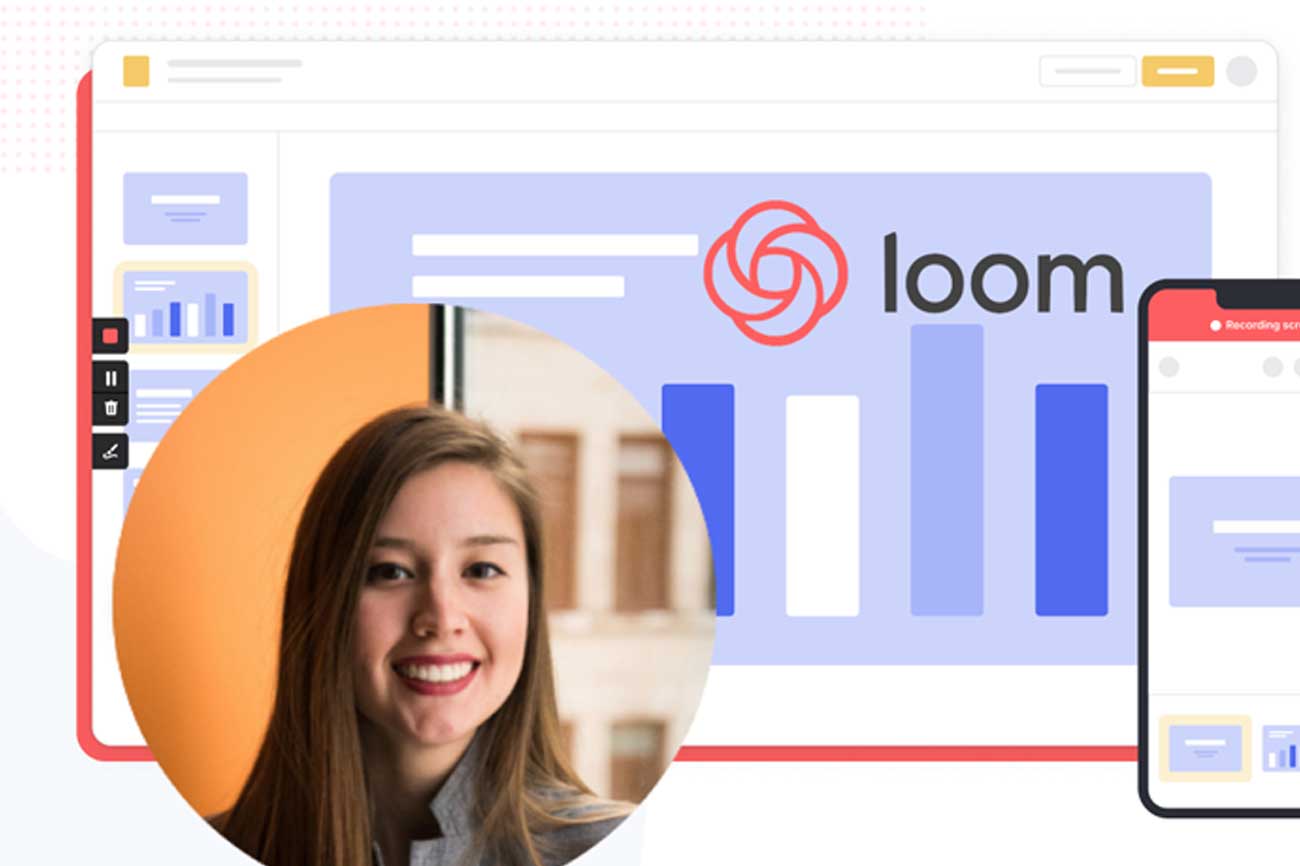 Super(loom)inal communication! A holy grail of science fiction in which communications occur at faster-than-light speeds without any drop in context and quality! In short, Star Trek stuff ⭐️

Although scientific consensus dictates that the above phenomenon is impossible and has never been achieved in any experiment to date - it's quite clear to us that these scientists have never used Loom! 🚀

Today, we discuss the story of Loom. A tech powerhouse, Silicon Valley darling, and SaaS rocketship which has grown to over 14M users spanning 200K+ accounts (including the likes of Netflix, Atlassian, Twitter, P&G) and a valuation of $1.53B! 🤯 Let's jump right in...

The feature that became a company

When Joe Thomas, Vinay Hiremath, and Shahed Khan finally took the leap of faith to start up on their own, the initial thesis was clear - that video was the next big thing for online communication and collaboration. Personal touch and efficiency promised by video-based feedback,  prompted our young founders to pick out User testing as the problem to be solved. Opentest sought to create a marketplace of product experts who could use screen-shared demos overlayed with video commentary to examine user flows and usability for their customers' tech products. Unfortunately, (or fortunately in retrospect 😉) the result was a lack of traction and a need to pivot😱! The pivot that followed saw the team salvage the silver lining from the whole experiment and launch it as an independent product - OpenVideo: A Chrome extension that allowed users to:

Rebranded to Loom, and multiple updates later (desktop apps, video trimming, enterprise offerings to name a few) the solution is now a necessity in a world that has been forced to go remote!

Loom can be considered a poster child of the Bottom-up PLG GTM motion. Let us first evaluate how the company developed initial traction and later created a viral flywheel that saw the product becoming a default extension on Google chrome browsers for employees across organizations and industries...

🤗 Where do you go for early adopters?..... ProductHunt!

Loom gained a massive 3,000 early adopters following its ProductHunt launch. According to Vinay, the massive success can be attributed to:

Loom employed a Dropbox model referral program where tiered rewards were offered to the referrer as follows:

The frictionless referral program brought very valuable top of the funnel and saw Loom make inroads within organizations where they had already landed. However, like all referral programs, the loom one also had its caveats. The program supposedly brought noise as activations rates dropped and future monetization prospects faced risks. The program was hence retired and the focus for the organization shifted...

Inspired by the Reforge growth academy, Joe and the team decided to focus on a new leading indicator.

Basis the realization that Loom's actual aha moment was the first view that a user gets for one of their shared videos, the definition of activation was modified from # of users who created looms to # of users who received at least 1 view for their loom

For Loom, virality is inbuilt with each user introducing the product to their video recipient. This was further fueled by a series of product features and initiatives:

With virality and product-led growth reducing Customer Acquisition Costs (CAC) and increasing user counts, the next objective for the organization was to increase Customer Lifetime Value (CLV) and also to build organizational behavior with regards to adoption. The bottom-up approach helped Loom acquire and position loyal users in major accounts championing organization-wide adoption. Hubspot is a great example of this with Scott Tousley often being credited to be Loom's biggest promoter

Growing demand for an async way of functioning across the world, courtesy COVID-19 presented a great opportunity for Loom to build and scale its enterprise offering. Loom's enterprise offering allowed organizations to add additional team functionality including security, team management, and getting over corporate red tapes.

🤝 Getting the right partners

The biggest perk of going enterprise is dependency moats that tie your product to the DNA of the organization which dictates user retention and customer lifetime value. This, however, is a double-edged sword with integration to existing workflows becoming the biggest hurdle a new product needs to cross in pursuit of enterprise adoption. Loom quickly realized that their offering will deliver maximum value if they can integrate with existing communication workflows their prospect customers used and loved. Today, Loom offers the following to seamlessly integrate to your comms channels:

💰 Where there are enterprises, there are salespeople!

With huge inbounds and a thriving product-led growth self-serve motion, the sales machinery at Loom is primarily responsible for upselling premium offerings and expanding its footprint across existing accounts. A sales-assist team comprising of Sales development reps and Inside sales reps lead by Tommy Fink, Director of Rev handle inbound demand, prospects specific outbound efforts, and qualifies leads for the Direct sales team

Sell Loom’s business and Enterprise products to new and existing customers, ensure healthy customer retention and expansion through consultative partnership, collect and share product feedback throughout the Loom company and be an exemplary ambassador for Loom, both internally and externally - Responsibilities of an AE @ Loom (LinkedIn job description)

With 14M+ users (most on freemium plans) and a world-class NPS of 75, Loom is sitting on a goldmine much like Smaug from the Lord of the Rings! (yes - we're nerds 😅)

As with the best PLG companies who've crossed the $100M ARR barrier (Figma, Calendly), Loom is likely to unlock its next phase of hypergrowth by aggressively moving upmarket with a sales-assisted GTM motion! i.e., Hyper-prioritization of accounts to sell to with PQLs (product qualified leads), larger investments in sales talent & machinery...

As the world comes out the other side of this pandemic, and hybrid work becoming a steady-state reality, we are excited to see Loom create the world's definitive video communications platform! 🌎