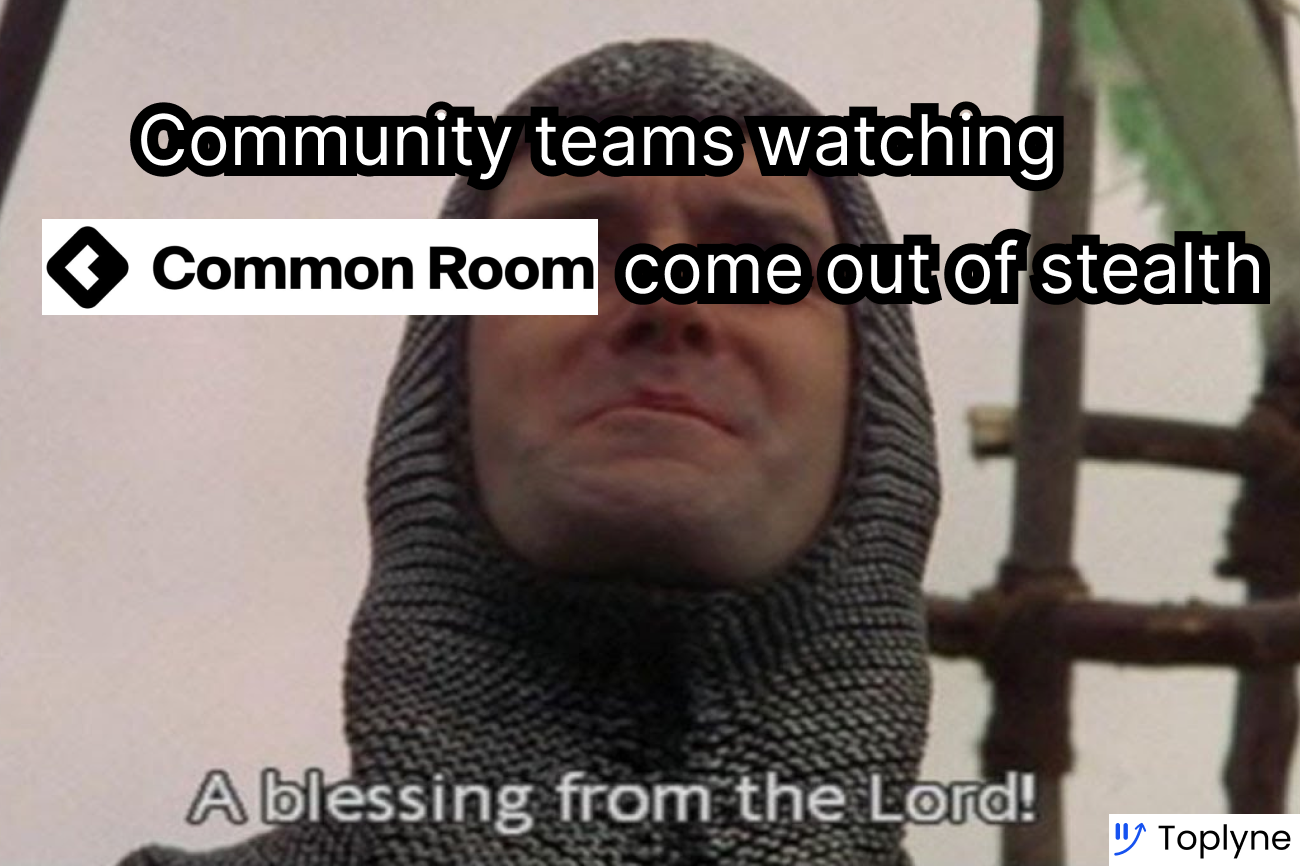 On a Friday night in September of 1982, a thousand teenagers from all over Stockholm filled the halls of the Fridhemsplan metro station, completely freaking out the two police officers who were on duty that night.

These kids weren’t drunk. They weren’t protesting. They weren’t demonstrating. This was no motorcycle gang or a gathering of anarchists. What the hell was going on?

Spare a penny for the thoughts of Kjell Andersson, the police commissioner on duty that night.

“They were everywhere,” he says. “On the roof of the bus shelter and the election booths, in the trees and the power lines. But they scattered when we arrived”

A thousand teenagers had gathered at Fridhemsplan just because they had agreed to. They just stood there in loosely connected groups and talked to each other.

The Swedish police would later find out that a bug in the telephonic systems had allowed people dialing vacant phone numbers to talk to each other for free. These heta linjen (hotlines) numbers had spread among the Swedish youth like wildfire and culminated in a group of thousand strangers arranging a meet-up at the local metro station.

So when Commissioner Andersson asked himself, “What the F is going on here?” the press would answer it the next day with “heta linjen-upploppet: the hotline riot.”

But what the Commissioner was really witnessing that autumn evening in Stockholm was a feature of a broader pattern that would later play out at grander scales with the early internet, the mid-pandemic boom of companies like Clubhouse, and closer to home, patterns of software adoption and purchases: mankind’s unbridled yearning to build and form communities.

If you’re a SaaS company today, communities are the turbochargers hooked up to your roaring PLG V8 growth engines. And the top of the line models (Think Figma, Notion, Confluent, Asana) all have one thing in common:

They’re all powered by Common Room.

For Common Room founder Linda Lian, the aha moment was distilled and purified through the course of her relatively unorthodox career trajectory - one that took her closer and closer to the source of the magic and the action.

In this new world where community engagement was moving from being a nice-to-have to becoming a core ingredient of growth, Linda observed that there was a lack of management tooling for these cross-platform communities. Because keeping up with these conversations was a largely manual effort, end-users often found themselves screaming into a void.

In February 2020, Linda incorporated Common Room and, in the following month, raised $4.3M in seed funding from Index Ventures. This was followed by a $16.3M Series A led by Index, with participation from 01 Advisors and Next Play Ventures.

She found her co-founders through cold outreach on what she calls “Tinder for Enterprise” - LinkedIn.

She first brought on board Francis Luu, product designer at Facebook, followed by Viraj Mody and Tom Kleinpeter - who had previously sold a business to Dropbox. Needless to say, Linda had put together a team of heavyweights.

In April 2021, Common Room came out of stealth, announcing a $32.3 million Series B funding round led by Greylock.

In March earlier this year, two years after incorporation, the platform announced its general availability to the world - along with a customer line-up that features Asana, Atlassian, Confluent, dbt Labs, Figma, Grafana, Webflow, Hubspot, Coda, and others.

The latest funding round puts Common Room’s valuation in the $300M zip code. The Common Room rocketship is kicking into high gear slowly but surely. Let’s take a peek under the hood of this fledgling growth engine.

What is Common Room?

Common Room is an intelligent community growth platform that lets you

All this and much, much more. With over 20+ native integrations to your various disparate community sources, you can get started with Common Room in literal minutes.

A Community-first approach to building 1️⃣

The Common Room founders built a community first before they even wrote a line of code. The Ideal Customer Persona (ICP) is primarily community builders, Developer Advocates, and those in DevRel roles. Linda spent half a year tapping into CommonRoom’s emerging community (now called Uncommon) and went on a PMF journey with them through Figma mockups and hand-drawn prototypes.

“I remember telling my three co-founders and our founding engineer that we needed to start from scratch and feeling a bit queasy. But we listened to our community, and we’ve never looked back.” - Linda Lian, CEO & Co-founder

Emerge from Stealth like Iron Man from a cave 🦸🏻‍♀️

Linda and the team drove Common Room’s PMF journey and product roadmap in stealth mode. This was a novel space with little to no precedent. The team of 4 co-founders leveraged their existing networks and worked with community growth teams at PLG giants such as Figma, Asana, and Confluent to iron out a community intelligence platform that perfectly solved the pain points these teams faced every day.

In April 2021, Common Room emerged out of Stealth with marquee names already using their product and even more big logos (like Notion and Pulumi) signing up for pilots.

“We have business goals around the engagement level of our community, and we use Common Room to analyze key engagement metrics to help grow the community,” - Aaron Kao, VP of Marketing at Pulumi

“Over time, we’ll also be for the product teams, the support teams, the marketing teams, and customer teams who want to stretch their hand out across the organizational boundary of their companies to engage with the people who use their products day in and day out.”

In March 2022, the Common Room team announced the platform’s general availability to the world. The doors of Common Room were now open to community teams across the globe.

Today, you can start on the platform’s Team plan on a 30-day free trial. The “Free forever” rung is great for individuals and small teams - as long as you don’t need more than 3 data exports, alerts, and engagement workflows.

Enterprise features such as advanced RBAC, SAML-based SSO, SCIM provisioning, and integrations to Snowflake, Salesforce, etc. are available through a “Get in touch” button that routes you to the Sales team.

Common Room is scaling its content engine to become a long-term growth lever across a few not so un-common channels:

Common Room’s own community was kicked off even before the product was. Today, “Uncommon” is a 1,400-member strong community for community builders and DevRel leaders.

With demand that’s currently outpacing their bandwidth, Common Room is currently hiring for AEs to add to their Sales team in their move to go upmarket. Selling a novel product in the up-and-coming intersection of Product-led growth and community-led growth, Common Room’s AEs will likely play a huge role not just in closing deals but also in working with product and product-marketing teams to define this new category and distilling a product that evolves with the market.

If you see yourself being a roomie, you can find open roles at Common Room here.

“I really had the story of Common Room in my head, and not because I’m so brilliant, but because I’ve seen the power of community for a lot of our companies. We’ve entered a period of time where more informed people are choosing their own tools,” says Sarah Guo, partner at Greylock who led Common Room’s series B round.

As more and more PLG companies head into a community-led world and future, Common Room’s head-start in the community intelligence category holds them in good stead to capitalize on this emerging trend.

Taking hints from recent feature releases sourced from the community - bulk messaging, “workflows,” and “topics,” Common Room is all but done with arming community builders with a weapon to fast-track their community-led growth.

Linda and the team continue to channel the consulting mindset from their days in stealth mode, where the product roadmap was fleshed out through end-user conversations, and Product-Market Fit (PMF) is defined as a journey rather than a moment in time.

Look out - Common Room is about to become commonplace. And sooner than you think.